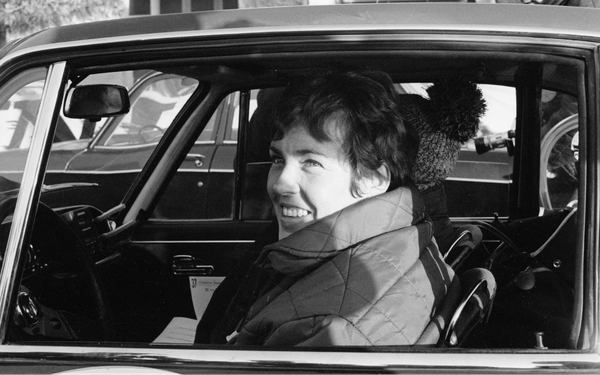 Mini USA is partnering with Paper magazine for a digital campaign that celebrates Intentional Women’s Day.

#DoItForTheDrive focuses on legendary female rally driver Pat Moss, who won the Tulip Rally in 1963. It was there that Moss, whose mother, father and brother were also accomplished racers, delivered the first victory for Mini. This win was instrumental in helping the brand truly take the rally world by storm, leading to wins at three Monte Carlo Rallies, according to the automaker.

“Even more importantly, Pat Moss was a driven individual in a male-dominated sport. She didn’t want to be known as a female rally driver, she was driven to be the best and get the best out of her car and her team. We love that spirit,” says Rah Mahtani, communications manager, Mini USA Marketing.

Roughly half of Mini’s customers are women, he says. But the brand doesn’t specifically target women with this effort.

“The fun thing about Mini is that we aren’t here to yell our message to massive audiences. We have conversations with smaller groups of people,” Mahtani tells Marketing Daily. “We’re an inclusive brand made up of passionate drivers  looking for a fun-to-drive vehicle that complements their style without compromising on safety, space, and beyond.”

The digital and social campaign features a video showcasing Moss’s story, which is narrated by her daughter Susie. Additionally, other prominent women throughout history will be highlighted. The campaign will include a dedicated editorial on PaperMag.com, along with organic and paid social content across Paper channels.

The BMW-owned automaker and Paper will also engage influencers to share content profiling a woman in their life who #DoItForTheDrive.

The #DoItForTheDrive campaign launches on March 7, just in time for International Women’s Day on March 8.

The effort complements the brand’s new “For the Drive” platform, which was developed for the U.S. market and focuses on two core elements of the Mini brand: “Fun to Drive,” and “Passion.”