Gen Z's Favorite Social-Media Platform? None Of The Above 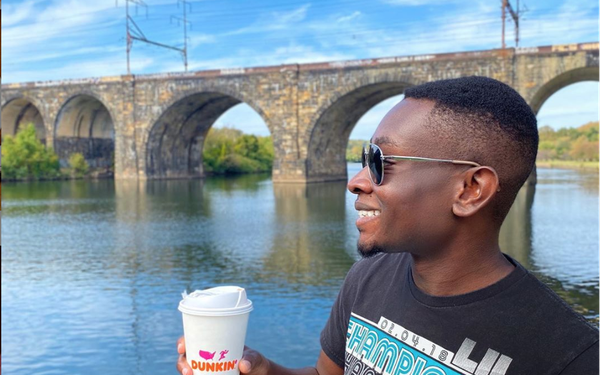 Image above: Microinfluencer @josheatsphilly, who has worked with Dunkin’.

Gen Z, already the most digitally connected generation, keeps getting more skillful at social-media shapeshifting. (If you’ve got doubts, consider how fast the Dolly Parton Challenge — to create four different photos for LinkedIn, Facebook, Instagram and Tinder — took over Instagram.)

But new research from Kantar reveals that while this generation is more active than any other age group on social media, their favorite social haunts aren’t YouTube, Facebook, Snap or TikTok. They are most at home in the private and creative world of video games.

Games like “Fortnite” “are active, collaborative spaces where young people can play, hang out and be themselves,” says Casey Ferrell, vice president and head of US Monitor at Kantar. Almost 90% of Gen Z-ers are gamers, compared to 59% of the total population.

“For them, gaming platforms function in a very similar way that social networks do for millennials and older people,” Ferrell says. “They like the connectivity, but also that they can create a world, cooperatively and collaboratively with others.”

Ferrell says this trend speaks to the Gen Z desire for greater control, as well as their wariness about social media.

Millennials may see social networks as a place to build their personal brand and affect social change, but Gen Z-ers (those who are 23 and younger) don’t. “Both Facebook and Twitter — the platforms Gen Z are least likely to participate in — have become these toxic cesspools of trolling, divisiveness and bullying,” he adds.  “Gen Z has retreated to smaller, more insulated social networking spaces, just to connect with others and be yourself.”

Gen Z-ers also see social networks as both genuine -- and yet phony. Some 81% say social media lets them express themselves in ways they couldn’t otherwise, compared to 60% of the total population. But 83% believe people use it to present an overly positive impression.

Still, it’s unlikely that they’d ever turn away from social media, says Michelle Brisson, a consultant at Kantar. “They’ve never known a life apart from digital connection. They are just changing the way social media works for them, participating in smaller, niche ecosystems.”

Another surprise, she tells Marketing Daily, “is just how much social media has been shifting the cultural landscape. We talk a lot about Gen Z being one of the most diverse generations yet, and what we’ve found is that a large proportion — 87% — follow at least one influencer who is from a different racial or ethnic background.”

Ferrell and Brisson say the research has two implications for brands. First, take a lesson from TikTok and recognize that younger consumers care more about ways they can participate on social media and less about vanity metrics.

And second, lose the filters, the airbrushing and the aesthetics of perfection. “They’re shifting from a highly curated, idealized version of yourself to just yourself,” Brisson says. That’s fueling their preference for brands like Aerie, an underwear and swimwear brand that uses only real and unretouched models, versus the supermodel marketing of Victoria’s Secret.

That “be yourself” philosophy is also driving aversion to the faux-perfection of celebrities, and a migration to micro-influencers. Some 44% say they’ve made a purchase decision based on an influencer.

“They want to be both playful and authentic,” Brisson says. “Many are living this no-filter lifestyle. There’s already a lot of pressure on them to be perfect — on social media, they’re looking to have more fun.”

gen z, research
2 comments about "Gen Z's Favorite Social-Media Platform? None Of The Above".
Check to receive email when comments are posted.
Read more comments >
Next story loading