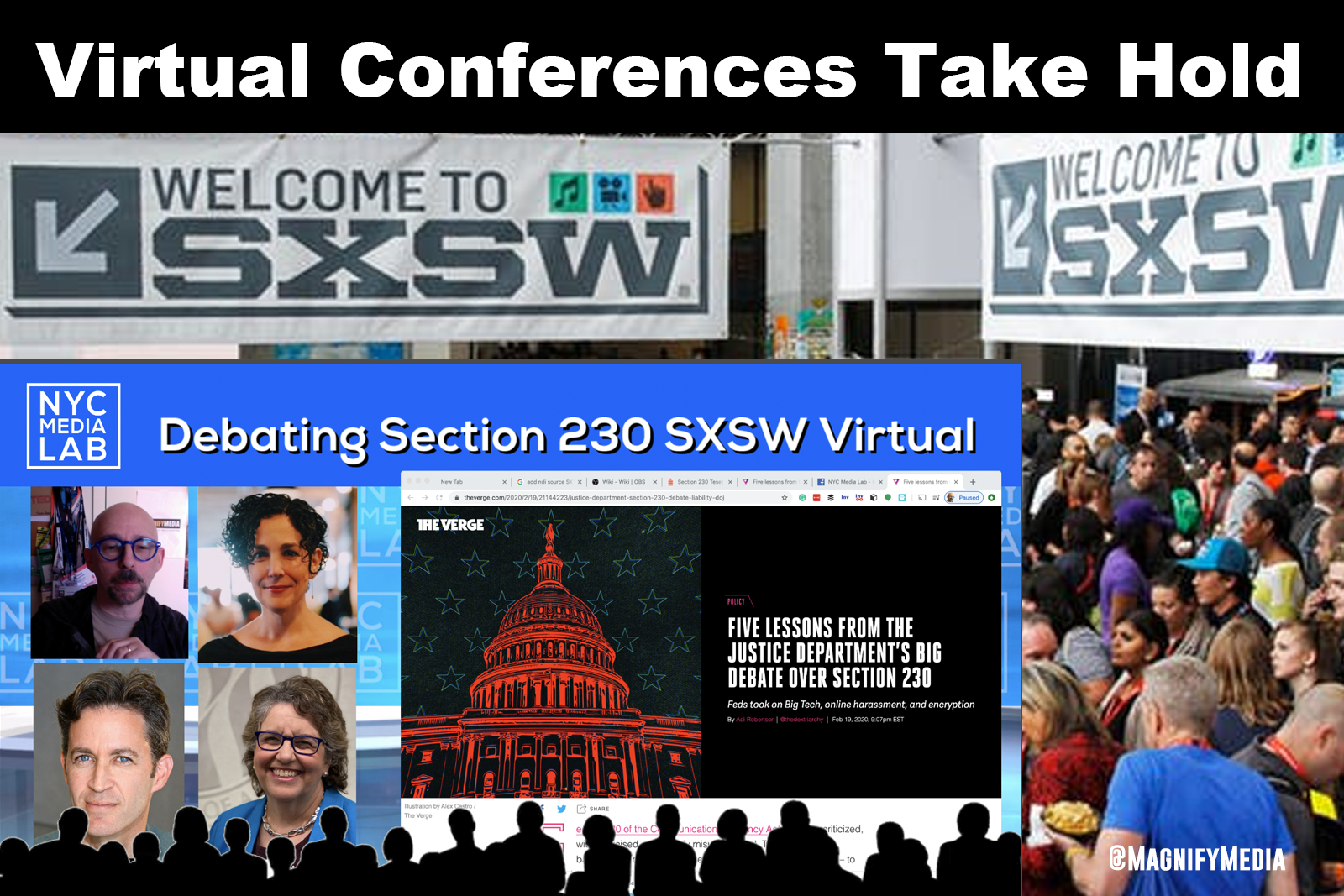 By now you’re wondering: If we don’t have our event that’s scheduled in the next few weeks, can we do it virtually?

The idea of shifting from real-world gatherings to digital ones has been around for a while, but for most of us business gatherings still end up meaning we’re getting on planes and gathering in large windowless rooms in bland conference centers.

This year, as concerns about the COVID-19 grow, more and more events are being canceled.

So, what are the real-world challenges of running a digital event?

After days of research, testing, and false starts, I can share what I’ve learned.

First, digital platforms are not created equal.  For these kinds of video meetings, Google Hangouts Meet and Zoom are the current leaders. And then there are alternatives like Blue Jeans and GoTo Meeting. Chances are, your company or team already has a digital meeting solution -- and it works well enough.

But for a conversation with a panel and an engaged digital audience, it’s a bit more complicated.

For panel discussions that often have 200 to 300 attendees in the room, the idea of going digital raises some questions before you can choose a platform.

First, will the panelists be live in person, or will they be dialing in? And then, will the audience be watching live, or viewing a digital asynchronous playback? And finally, will audience members be invited to participate -- to ask questions via chat, or even join via video?

For virtual panel discussions, I found that there are a number of pieces that have to be tied together.

To create an event, schedule it, manage sign-ups, and alert your audience to the live event, I’d recommend CrowdCast.IO. The UI is clear, the tech holds up well, and the ability to gather an audience and engage them during your live show is critically important.

But if you’re going to bring in guests on Skype, then you’ll probably want a switcher platform so you can bring in feeds, browser pages, and content. For this I’m working with OBS, Open Broadcast Studio. It’s open-source and solid on both Mac and PC. To bring in Skype, you’ll need a plugin called NDI from New Tek, and you’ll need to authorize the NDI feed deep in the guts of the Skype app.

If it sounds a bit complicated, it is. You need to manage the tech, tie together the platforms, and then have a graphic look and feel that makes your various scenes on OBS give the panel an engaging live experience.

But -- most important -- both the visual style and the editorial content have to be dynamic and engaging.

Unlike an event held in an auditorium, live digital events are competing with lots of other distractions. So getting your event promotion out early, and then reminding registered attendees that your virtual event is on their calendar, is critical. Then, encourage conversations, chat, and questions from the audience as the best reason to participate in real time, rather than just waiting for the recording of the event.

As live events are canceled due to concerns about the coronavirus, there will be an opportunity to experiment with digital and virtual events to replace in-person gatherings.