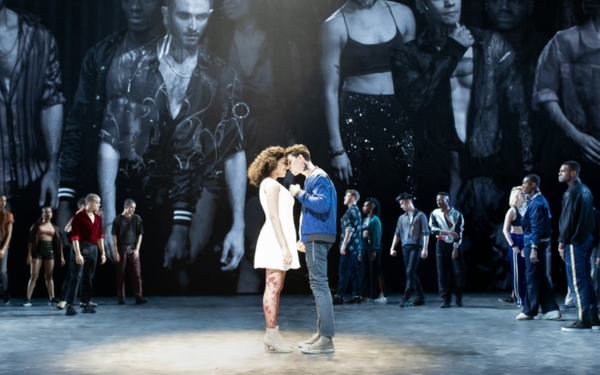 Scene from “West Side Story” (Photo by Jan Versweyveld)

In an effort to keep Broadway’s marquee lights shining bright as some entertainment venues cancel events because of the Covid-19 scare, powerful producer Scott Rudin is drastically reducing ticket prices at his shows on the Great White Way.

From March 12-29, tickets will be slashed to $50 each for seats still unsold for five Rudin-produced plays, which is as much as 75% cheaper than usual on Broadway, where a $200 ticket can be standard.

Still, those plays, among the most popular ones in New York, probably do not have a giant surplus of unsold seats:  “The Book of Mormon,” the stage version of “To Kill A Mockingbird,” and the recently premiered revival of “West Side Story.” The offer also includes two major productions still in previews: a remake of “Who’s Afraid of Virginia Woolf?” starring Laurie Metcalf and Rupert Everett, and “The Lehman Trilogy,” the story of the Lehman Brothers investment house.

The Hollywood Reporter broke the story. In an interview with the trade publication, Rudin said, "My partners and I want the buildings full -- even, and especially, during this crisis -- and this is the way to ensure it. I don't want the actors looking into a sea of red velvet. Nobody wants that. I want no deadwood in these buildings -- and my colleagues and I want to give people the chance to see these shows when they otherwise might not be able to afford tickets or to even get tickets."

Nationwide, entertainment events like the big SXSW shows in Austin, have been canceled -- and reportedly, festival organizers are working to postpone until October the annual Coachella music festival next month in California.

So far, theater box office receipts haven’t been hurt very badly by the health crisis, but certainly there are fears a slowdown could be come soon, in part because overseas tourists may be staying away.

The Broadway League, the industry’s trade association,  says the average theater-goer during the 2018-19 season was 42 years old, nearly a year older than in the previous season, and older than the average movie-goer.  That’s especially significant because health experts say older people are more susceptible to the worst effects of the virus, and might be the most likely to stay away.

So far, the industry hasn’t taken drastic measures. “Our general message is Broadway is open for business. We’re performing all eight shows eight times a week,” said Charlotte St. Martin, the president of the Broadway League, in a press conference Monday with media organizations that cover the industry.

She said Broadway theaters received no special guidance from officials so far, but all of are following CDC guidelines for deep cleaning their venues, and providing hand sanitizers in the lobby of theaters.

In his comments to The Hollywood Reporter, Rudin said he recognizes that cutting prices won’t necessarily fend off a big downturn in attendance.

"Is it a perfect remedy to what's going on? No. It can't be. But it's something. And it protects the experience of the people in the building -- both onstage and in the audience -- and that is what we are obliged to protect. It's not a cure but perhaps it's a salve of a kind."