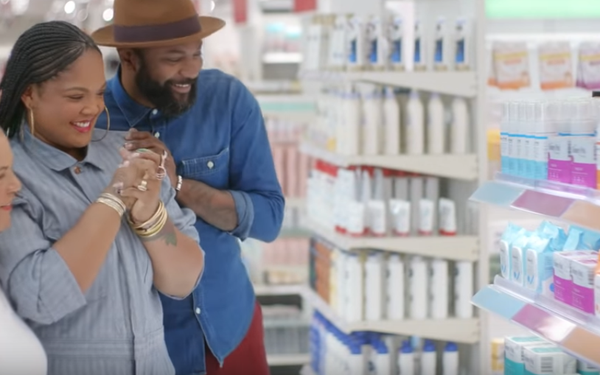 When Target decided to feature Beatrice Dixon, founder and chief executive of The Honeypot Co., in a national TV spot, she pinched herself for her good luck.

While the plant-based feminine care line has done well since launching in 2012 and has been in Target since 2017, “we’re still a very lean start-up,” Dixon says. “We could never have afforded a commercial that expensive."

Target created the spot, part of a series called “Founders we believe in,” to bridge both February’s Black History Month and March’s Women History Month. In it, Dixon talks about how instrumental Target’s help was in improving the line and making it so widely available.

“The reason why it’s so important for Honeypot to do well is so the next black girl that comes up with a great idea can have a better opportunity,” she says in the ad. “That means a lot to me.”

Then the hate started. In the 24 hours after the ad began airing, people bombarded Honeypot with thousands of hate-laced comments, emails and one-star reviews. Trustpilot told CNN it got close to 18,000 reviews between the Sunday night the ad aired and Monday morning. Its AI filters caught many of the more abusive comments, but staff had to scramble to take down offensive remarks that sneaked through.

And then Honeypot fans -- as well as new customers alerted via social media -- started pushing back. With plenty of positive reviews, this reaction started a customer stampede for Target and online orders. The company's rating rose from two stars to 4.9 in less than a day.

Dixon won’t comment on specific sales figures. “But we’re sold out right now. I guess that speaks for itself.”

She says it’s all part of “a beautiful journey” of being a startup.

She still can’t get over being selected by Target. “I don't even know how to describe it,” she says. “But you can't even be prepared for something like that. What they did for our brand is remarkable."

But the biggest thrill came from seeing the response from the brand’s customers and supporters -- “even people who didn’t know about us before this happened,” she tells D2C FYI. “Everybody came to our rescue. I can’t even put into words how much I appreciate the human effort that turned it all around.”

She says she’s even grateful for the ugly comments, which generated additional awareness for the brand. “It didn’t bring me down or make me sad,” she says. “I’m in startup life. Nothing you do is going to be agreeable to everybody. Having any kind of opinion about me or my company -- that’s their prerogative. I just needed to make sure that as a business, we were handling it properly.”

Target, for its part, isn’t backing down. “Target has a longstanding commitment to empowering and investing in diverse suppliers that create a broad variety of products for our guests,” a spokesperson says in a statement sent to D2C FYI. “We’re proud to work with Bea Dixon and The Honey Pot team to highlight Bea’s journey to build her brand and bring her products to Target. We’re aware of some negative comments about the campaign, which aren’t in line with the overwhelmingly positive feedback we’ve received from guests who love and have been inspired by Bea’s story.”

Dixon says she’s also grateful that the flap has brought increased attention to the feminine care category. With the tagline “Made by humans with vaginas, for humans with vaginas,” she says it appeals to those who are increasingly purchasing natural wellness products.

And while some of Honeypot’s products are also available at Whole Foods Market, Dixon sees the most opportunity in targeting women who aren’t fully immersed in natural products.

“Our core customer is someone who is transitioning from conventional feminine hygiene over to using natural,” she says. “And they’re not just thinking about vaginal wellness, but about the whole wellness category. They may not be full-on 'everything I buy is organic’ customers, but they are weaving these products in with conventional ones.”

The Atlanta-based company’s marketing plan includes plenty of SEO, as well as trade marketing and a robust influencer approach.

Retail is a significant part of Honeypot's business, “because there’s so much volume in, and it requires less marketing spending as trying to buy customers online," says Dixon. The company’s goal is to eventually sell to a larger brand, which she hopes will happen within five years.

And despite the bonanza stemming from the Target spot, she isn’t ruling out TV ad buys eventually. “But there are so many other marketing tactics that you can do before that, because TV is so costly.”