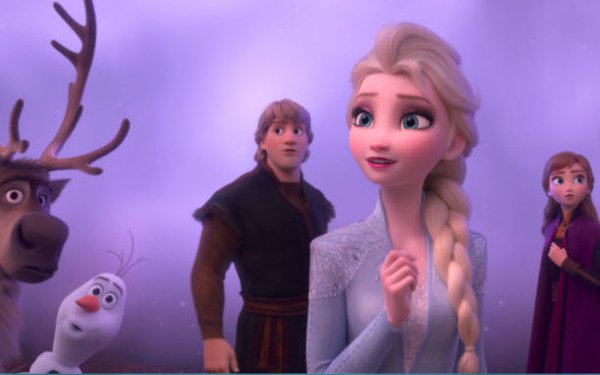 With the coronavirus devastating movie attendance and shutting down a growing number of theaters, Disney, hoping to further drive Disney+ subscriber growth, is surprising families by releasing the mega-hit "Frozen 2" on the streaming service three months before it was due to hit the SVOD.

The movie -- which has already grossed about $1.4 billion around the world in box office, setting a new record for an animated film -- debuted on Disney+ in the U.S. on Sunday, and is set to launch on Tuesday in other countries, including Canada, Australia and New Zealand.

With many schools and businesses already closed, Disney said it was "surprising families with some fun and joy during this challenging period."

""Frozen 2 'has captivated audiences around the world through its powerful themes of perseverance and the importance of family, messages that are incredibly relevant during this time,” Disney CEO Bob Chapek said in the press release,

With Disney also announcing it is delaying the theatrical releases of "Mulan" and "New Mutant" (which were set to debut on March 17 and April 3, respectively), with no changed release dates indicated, there has been speculation those films could end up launching first on Disney+.  But there has been no indication from Disney that the company will actually do that.

Disney is also delaying the release of "Antlers," a Searchlight Pictures movie acquired as part of 21st Century Fox.

At present, it's not clear whether Disney will debut it next Marvel blockbuster, "Black Widow," on May 1, as planned.