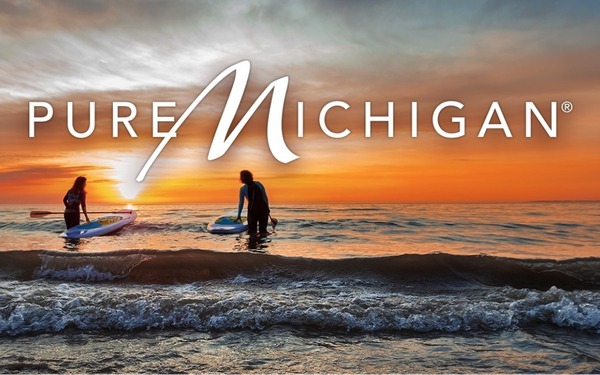 Tourism is at a standstill worldwide while the coronavirus continues its spread. But Michigan wants to stay on the minds of future travelers and give them some eye candy to contemplate in the meantime.

“Pure Michigan” is inviting travelers to experience the state virtually. The effort, #VirtualPureMichigan, provides inspiration, while encouraging action to “flatten the curve” of the spread of COVID-19 through social distancing and obeying "stay at home" orders by state governors.

The promotion includes live cams of beaches, along with virtual tours of museum exhibits.

The Pure Michigan campaign debuted regionally in 2006 and was launched to a nationwide audience for the first time in 2010. The effort garnered $36 million in funding last fiscal year, which ended Sept. 30, 2019. This year's budget was still being determined before the pandemic began.

Live web camera viewings offer a look at destinations including Alpena, Holland, Frankenmuth, West Michigan and the Mackinac Bridge. Visitor can also “paddle” into the St. Mary's River from Voyager Island and Rotary Park in Sault St. Marie on a 360 virtual guided tour.

The Ann Arbor Film Festival is going virtual now through March 29. The entire festival will be live-streamed for free, including follow-up discussions with participating filmmakers.

Musems figure prominently in the effort. The Henry Ford Museum of American Innovation is offering its digital collections, and virtual visitors can now explore the Mathematica exhibit online. Viewers can also take a field trip to the Detroit Institute of Arts and the Michigan History Museum, and also experience the Michigan Science Center’s virtual tour.