Madwell, DPAA Have What It Takes: A 'Countervirus' 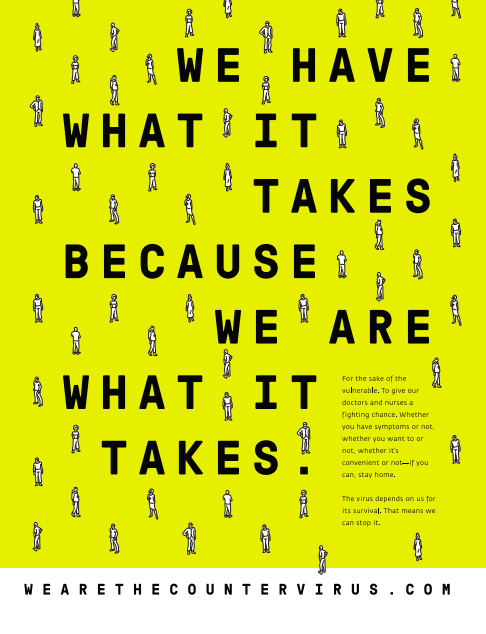 While Americans, and people across much of the world, are practicing social-distancing and physical isolating, that hasn’t stopped the out-of-home media industry from playing a role in a pandemic that might otherwise seem antithetical for the medium.

In an effort to target people on the “frontline who cannot shelter in place,” agency Madwell created a campaign utilizing donated digital-out-of-home and place-based media to promote practices to minimize the spread of the coronavirus.

The campaign, themed “We Are The Countervirus,” doesn’t explicitly address the homeless, or essential workers needed to work out in public, or others who have reasons for not being indoors -- first responders, medical professionals, restaurant and grocery workers, and delivery teams -- it utilizes a distinctive visual design emphasizing the need to create physical distance while out in public.

The campaign was launched in collaboration with the DPAA (Digital Place-Based Advertising Association), which is promoting public service ad space donations among its members and it is expected to be distributed on “hundreds of thousands” of screens worldwide, including the U.S., Canada, the U.K., Mexico, Brazil and other markets.