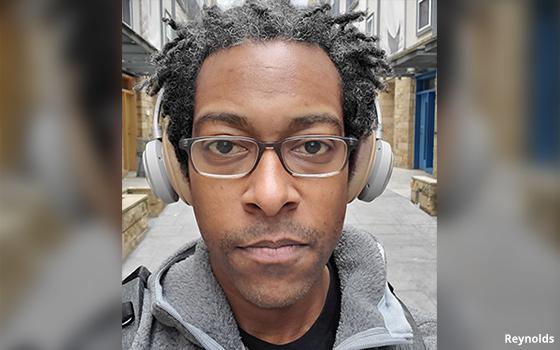 During these challenging times, Wil Reynolds, founder of Seer Interactive, is showing kindness for not only his digital agency workforce but their families as well.

Earlier this week, Reynolds released a video internally to his team announcing his plans to give every employee $1,500 to pass along to struggling family members. In an agency-wide chat, he noted that many have parents or significant others that work hourly jobs whose paychecks have been impacted by the pandemic.

“Although we work in white-collar professions, so many of us are married to or have parents who are hourly workers,” he explains.

By helping the families of his team, who are salaried, the idea is staffers will be mentally less stressed and hopefully more focused to tackle the challenges of their clients.

“I am just doing what my parents taught me at age eight. When you play in a nice sandbox and you've got 10 toys, you don’t hoard all of the toys. If you have some, share,” he says.

He adds, “it's easy as a leader to share in the success when the economy is going well,” but you find out their real worth when things aren’t so rosy. “I have enough in my bank account so how can I not do everything I can to help the people who worked their asses off for this company?”

Sums being allocated are based on Bernie Sanders’ $15 an hour minimum wage proposal multiplied by  40 hours for two weeks. “It is a symbolic gesture to show we are all in this together.”

His gesture has grown virally across social media as others applaud and salute his action. The initial video on Twitter has more than 16,000 views, with Seer's clients also spreading the message.

Reynolds, for his part, says he is baffled by these outsized reactions since he is merely doing his job as a leader. “Take care of your people so they can take care of your clients, simple.”