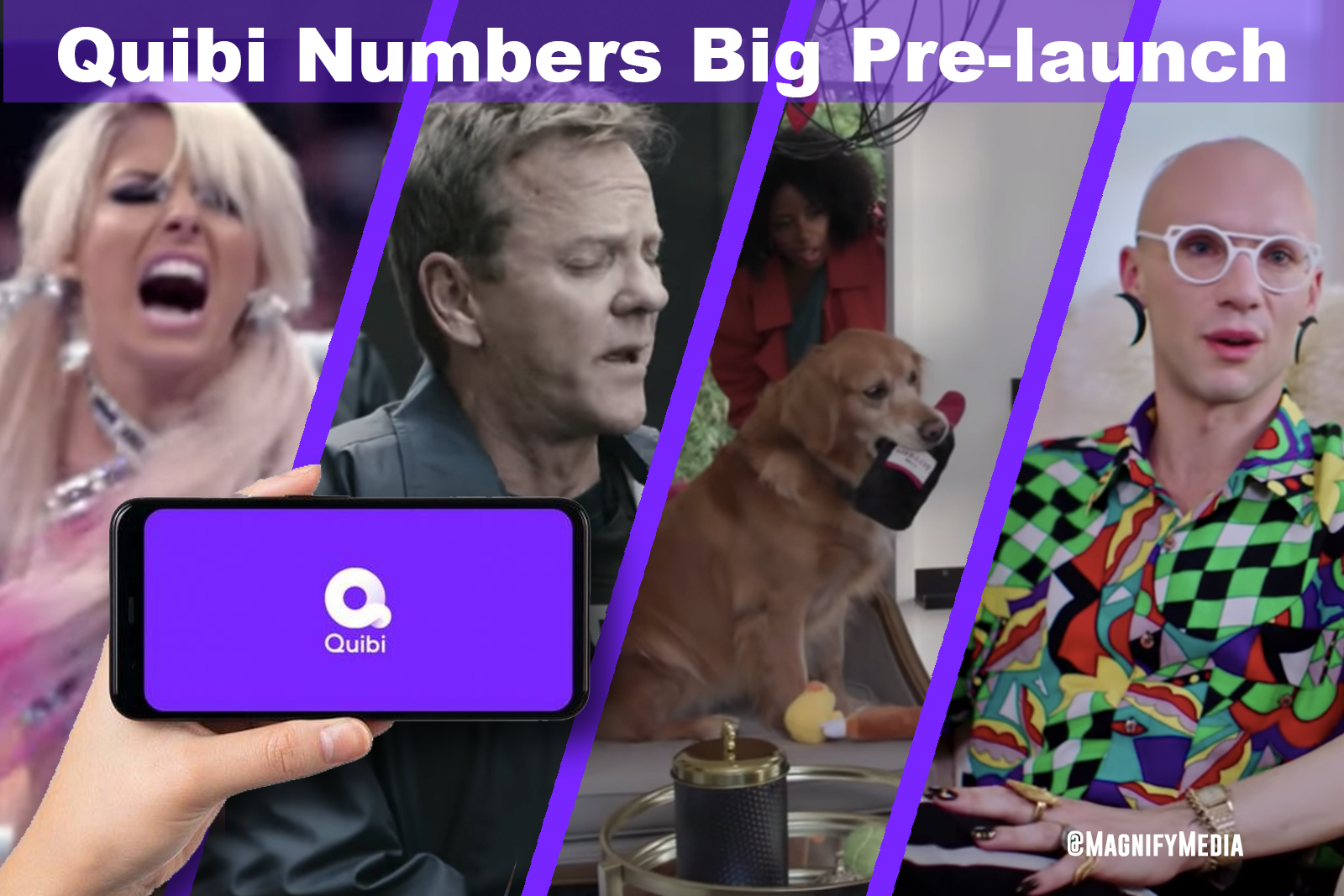 He’s launched plenty of films into often challenging markets. But COVID-19 has turned Hollywood, and the world, upside down. All the spring releases have been pulled from theaters, and theaters are now closed. Productions have been shut down, actors and crews sent home for an indefinite amount of time. Audiences are told to stay home and watch lots of video on the internet.

Which is to say, the pandemic is neither good nor bad for Quibi — but it does make an already uncertain environment for a new streaming service even more uncertain. It could be the first runaway hit of the stay-at-home season, or it could be a massive miss. Audiences are hard to predict, and Quibi is a $2 billion bet.

That said, the pre-launch trailers are up, and surprisingly the view count on those teasers is already remarkably high — 62 MILLION views. Any way you look at it, that’s a lot of audience members primed to tune in.

Quibi has three types of shows:

1. "Movies Told in Chapters” -- fiction stories, told in 10-minute chapters. Example: “The Fugitive” remake, with  Kiefer Sutherland as the cop.

3. "Daily Essentials" -- five- to six-minute news-focused shows. This will Include daily content from TMZ, Telemundo, E! Entertainment, Rotten Tomatoes and Vox Media’s Polygon -- 20 “daily” shows in all. Katzenberg has referred to Daily Essentials as the “secret sauce,” so that could be even more relevant in a pandemic environment.

As stay-at-home viewing has skyrocketed, Deadline asked if Quibi has considered adding a smart-TV app to reach home TV audiences. To that question, Katzenberg was empathic: "No. It’s not designed for TV. It’s unique on the phone. Our technology that has been created and patented for this makes watching it on the phone beautiful. It’s special. I can’t stand my TV on its side.”

It’s a vertical, not a horizontal format service, but its tech video platform technology, known as “Turnstyle," facilitates shows being delivered in both horizontal and vertical formats,  changing as users reorient their phones.

In screening pilots, I had a few reactions: They’re all very glossy productions, with high-end talent, music and graphics that at first blush seem more like network television than cable TV or web content.

This makes sense. Quibi has made a point of the fact it’s pointing a firehose of money at its production budgets, spending up to $100,000 per minute for originals.

That said, some of the pilots feel like they’re reworked ideas from TV shows past. “The Fugitive" is one example. Others like “Flipped” recycle cable TV house flippers with a somewhat novel twist.

But few of the pilots seem edgy in the way things take off on YouTube. Maybe “Night Gowns,” from  RuPaul’s "Drag Race" champion Sasha Velour, will be. But will it be a hit? Will Quibi have hits — and without conventional TV ratings, will we know what a new short-form hit is, other than through social media buzz? That may be the biggest question.

NYU marketing professor and podcast host Scott Galloway has been publicly skeptical. He says Quibi is bringing too little money to a big-dollar fight.  Said Galloway on Twitter: "Since #Quibi was announced 24 months ago, Apple, Amazon & Netflix have spent approximately $40B on original scripted content. $1 billion is literally bringing a squirt gun to a howitzer fight.”

Galloway said on Yahoo Finance earlier this month. “How can anything with just a billion bucks enter the streaming video wars and do anything right now?”

Katzenberg is offering the first 90 days free, which feels like the right thing to do for an audience looking for new things to watch in a content-hungry time.

See what you think. A few pilot teasers to check out: