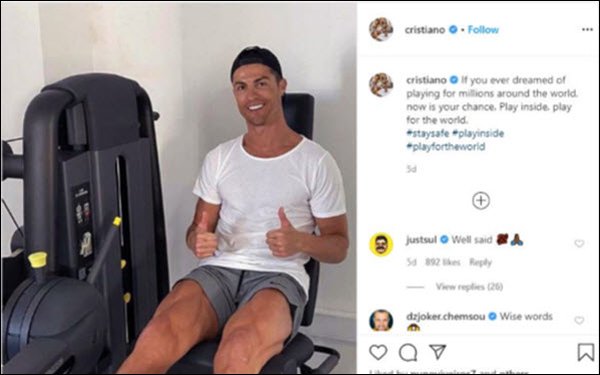 Influencers around the world have generated more than 940,000 posts about COVID-19, and about 3 billion interactions, so far this year, according to an analysis by influencer marketing platform CreatorIQ.

"The COVID-19 crisis has propelled a wave of social activity that we usually only see from the most viral of current events, like presidential elections or natural disasters,” sums up Nate Harris, the company’s director of marketing.

Since January, more than 1.4 larger influencers, using the five most popular, general hashtags relating to coronavirus, have generated more than 640,000 posts and more than 2 billion interactions: 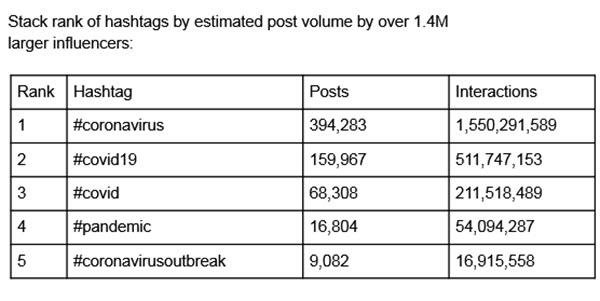 In addition, larger influencers’ more than 300,000 information-sharing/PSA posts with hashtags explicitly aimed at promoting education and safety relating to the virus generated more than 1 billion interactions: 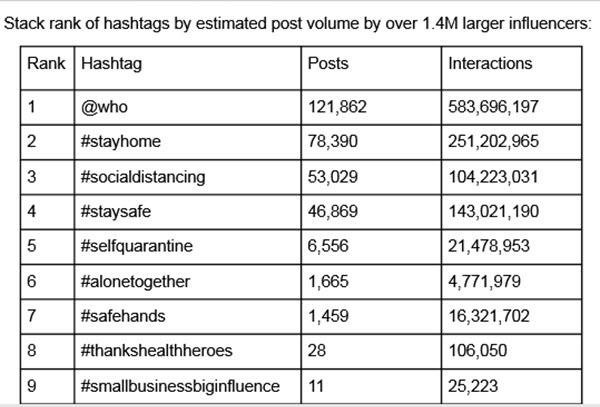 Some of this influencer activity has originated through organizations such as the United Nations, which issued an open brief to creatives to help educate people worldwide about the coronavirus, and the World Health Organization, which has partnered with creators on such education efforts.

As usual, celebrities — like Portuguese pro footballer Cristiano (above) — have generated the largest per-influencer numbers of interactions. But non-celebrity creators have also been generating large responses, according to CreatorIQ.