With Many Campaigns On Pause, Brands Turn To Local Causes 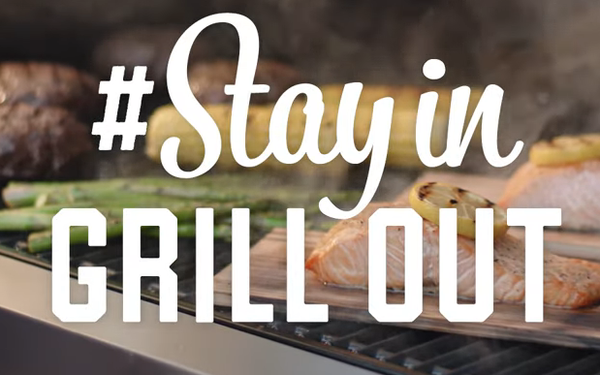 Where there’s a crisis, there are causes—and there’s no shortage of them amid the COVID-19 pandemic.

Having paused many of their consumer brand campaigns, companies big and small are shifting their attention to local communities and their needs, be it food, medical equipment or other supplies.

KFC has committed to sending one million pieces of chicken to its quick-serve restaurants across the country—at no extra cost to franchisees—to be earmarked for goodwill. They franchisees get to decide who will be the beneficiaries, such as local hunger organizations and healthcare workers.

“During this unprecedented time, our franchisees are...helping make sure those in need are able to enjoy the comfort and familiarity of a hot meal,”  KFC U.S. president Kevin Hockman stated.

Taco Bell has donated $1 million to No Kid Hungry and turned the brand’s “Taco Trucks” into mobile commissary kitchens to feed healthcare workers, as reported by Nation’s Restaurant News.

Meanwhile, Chipotle has been donating trays of burritos to hospitals and offices that apply through the company’s program observing today’s National Burrito Day.

One of the largest pandemic-related initiatives is global one from PepsiCo totaling more than $45 million, with $15.8 million in assistance parceled out to North American causes. PepsiCo is focusing primarily on nutrition for out-of-school children, 22 million of whom normally receive low-cost or free meals via the National School Lunch program. The company is also funding protective gear for healthcare workers, investing in testing and screening services, and providing financial support for out-of-work restaurant workers.

Coca-Cola Co. has teamed up with engineers at Georgia Tech and is donating some 6,000 pounds of plastic sheeting to be turned into more than 50,000 surgical shields, which are being donated to hospitals across Atlanta. The Coca-Cola Foundation also announced a partnership with the Woodruff Foundation for a $10 million donation to the Greater Atlanta COVID-19 Response and Recovery Fund.

Cheetah, a San Francisco Bay-area wholesaler of food and other supplies to restaurants, has launched a documentary series that portrays the hardships faced by local restaurants. As the impact of the pandemic plays out, Cheetah has pivoted to meeting consumer demand for hard-to-find items like cleaning products—sold at what the company says are wholesale prices—with an app called Cheetah for People.

Pickup occurs at some 100 refrigerated trucks that Cheetah has converted into “mobile fulfillment centers.”

On the more commercial side of things, more marketers are latching on to the stay-home, stay-safe mantra.

Direct-to-consumer seafood provider OceanBox this week launched a campaign featuring one of its founders—Foodgod, also known as food influencer and reality TV personality Jonathan Cheban—that encourages at-home dining. Foodgod shared the “Stay Home Campaign” campaign on Facebook, TikTok and Instagram, with the latter generating more than 300,000 views in less than a week.

Grill maker Char-Broil’s latest campaign also encourages at-home dining, but with an outdoor twist. Since launching it last week, there have been more than 500 posts with the hashtag #StayInGrillOut on Instagram and more than 100,000 views of campaign GIFs “created to help spread the need to stay home,” says a company rep.

“We’re all in this together, until we’re all together at the cookout again,” the campaign declares.