Can You Believe It? People Are Talking Again -- On Their Phones! 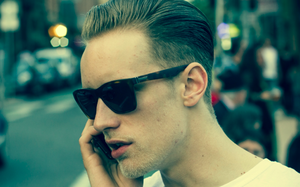 In an age of quarantines and social distancing, Americans are now using their phones to actually call and speak to people.

It’s a feature that’s always been available on cell phones, but is increasingly rarely used and hardly ever advertised. It’s been a long time since Verizon covered the advertising landscape with its “Can You Hear Me Now?” campaign, which ran for a decade but ended in 2011.

Verizon and AT&T both report that during the COVID-19 pandemic, more cell phone activity includes voice. About a week ago Verizon reported it is handling about 800 million wireless calls every weekday, and that call duration is up 33%.

Incidentally, that 800 million is nearly twice the call volume it handles on Mother’s Day.

It reported on April 2 that the day before, wireless minutes were up 41% compared to an average Wednesday, and calling minutes were up 57%. While it was April Fool’s Day, it’s doubtful the extra traffic was caused by that many people calling stores asking, “Do you have Prince Albert in a can?” (But probably plenty of people spent time on hold waiting to place an order.)

The wireless company’s overall data shows how the pandemic has been changing things. For the three weeks that ended March 31, AT&T rolled out these usage numbers:

Wireless networks can tell a lot about how the nation is moving, too. Verizon reports that the Northeast and Mid-Atlantic regions of the nation are now the leaders in staying home, particularly in New York, the city that used to boast about how it never sleeps.

In part, Verizon can tell what’s  happening because of “mobile hand-offs,” when a data session moves from one cell site to another as consumers walk or drive around. They are significantly down in the New York metro area (down 53%) and upstate New York (down 49%).

But it’s true everywhere. Those tell-tale cell switches are off 35% in Southern California and 29% nationwide.

“The significant decrease in handoffs is a very good indication that people in some of our hardest-hit communities are listening to local authorities’ requests to stay home,” said Kyle Malady, Verizon’s chief technology officer.

Other big changes: Using Verizon networks for gaming has jumped 102%. And, as evidence of work-at-home employees scheduling video chats, Malady reports, “This week we have seen traffic from collaboration tools increase nearly 10 times over a typical day.  Being able to see and speak with colleagues, friends and family has become increasingly important to people even as they physically distance themselves at greater rates.”