Nuro Gets Nod For Driverless Delivery Vehicles In California 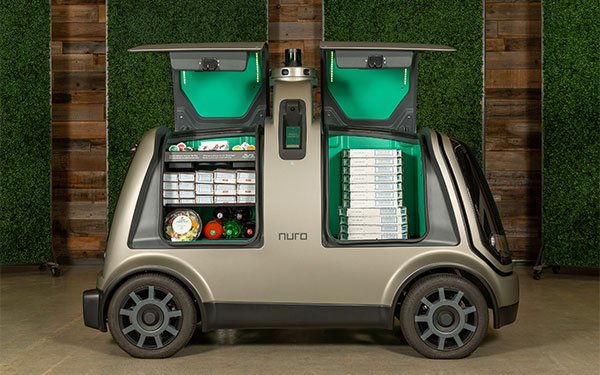 Self-driving vehicle startup Nuro has been given the OK to start testing two of its driverless vehicles on California roads.

The permit from the California Department of Motor Vehicles authorizes Nuro to run its vehicles on public roads in designated parts of Santa Clara and San Mateo counties.

“The safety of the motoring public is the DMV’s top priority, and we do not give out these permits lightly,” stated DMV director Steve Gordon said. “Nuro has met the DMV’s requirements to receive this permit to test their driverless delivery vehicles on California’s public roads.”

Nuro, which has raised more than $1 billion, mostly from the Softbank Vision Fund, now has permission to test the light-duty delivery vehicles in nine cities.

In February, the National Highway Traffic Safety Administration (NHTSA) gave Nuro the approval to produce and deploy up to 5,000 of its Nuro R2 vehicles on public roads.

“Since this is a low-speed self-driving delivery vehicle, certain features that the Department traditionally required , such as mirrors and a windshield for vehicles carrying drivers, no longer make sense,” U.S. Secretary of Transportation Elaine L. Chao said in a statement at the time.

Walmart also has to use the R2 in a pilot as an extension of its Grocery and Pickup and Delivery service in Houston.