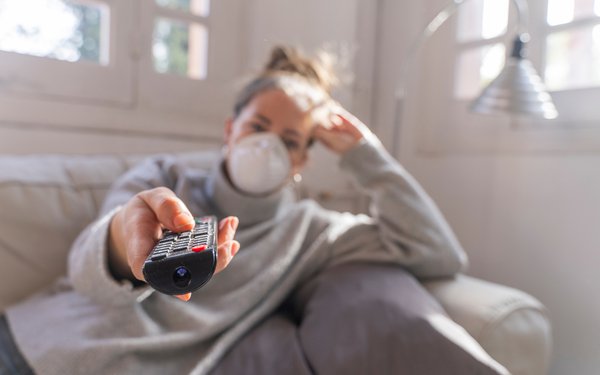 The TV economy is still open, somewhat thriving when it comes to usage and time spent with the medium. But advertising support? Not so much.

The U.S. economy has a long way to go before it can re-open. Restaurants, shopping malls, hair salons, airlines and other businesses  will remain close. For now, many predict a short-term 30% decline in U.S. gross domestic product, down around 5% afterwards.

And that means customers won’t be spending much money. In turn, marketers won't be advertising much on TV — even if overall TV viewership keeps making rare gains.

The irony: This is what TV marketers have complained about for decades. A lower supply of ratings points, compounded by higher costs to access ad inventory supporting that content.

Now, those trends looked to be reversed.

Here’s another marketing eye-opener — at least promised anyway. Many networks groups — including NBCUniversal — say it will cut back on advertising inventory, so-called ad clutter. Now, NBCU and others have said this before, but TV media-buying executives haven't seen the claim realized.

We don’t know where this will all lead, including the upfront TV ad market.

One firm indication will come in three weeks or so (May 1) when third-quarter options are due. That’s when marketers can cancel up to 50% in third-quarter inventory commitments they made during the upfront TV advertising market last June/July.

Current expectations are that the new TV season -- which typically comes with fresh TV programming -- could be delayed. This, in large part, is due to virtually all TV shows, returning and new series, out of production at the moment.

How about a TV season start date in January 2021? That would favor some longtime marketers whose product development, production and marketing are timed around a calendar-year basis.

Re-opening the economy, of course, is predicated on when the coronavirus will end, or at least be brought under control.

Should there be wide-scale testing of the majority of Americans (330 million) — if not a proven vaccine — that would seem to give confidence to consumers (and marketers) that it's safe to leave their homes and go back to jobs, shopping and other activities.

Is that what the TV economy is really waiting for? Name your favorite data trend predictor to follow right here.