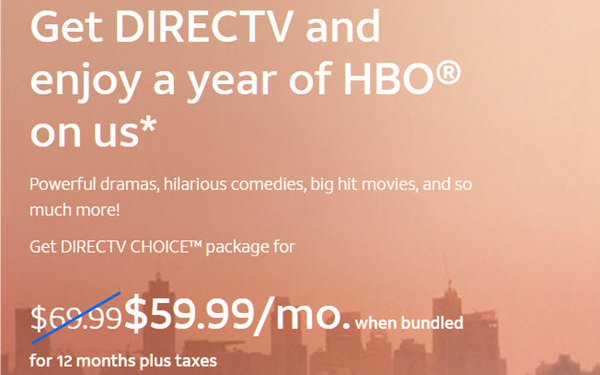 In yet another example of leveraging free content sampling during the pandemic stay-at-home days, AT&T is using a limited-time offer of free HBO from its WarnerMedia division to attract new subscribers for its broadband AT&T TV and struggling DirecTV satellite pay-TV service.

The offer of a free year of HBO, good through June 27, is in addition to the existing incentive offer of three free months of Cinemax, Showtime, Starz and Epix for new subscribers. AT&T is also promising that new subscribers will be among the first to get HBO Max when it launches in May.

But those freebies require signing up for two-year contracts in which the second-year prices are substantially higher. For example, the first-year promotional rate for AT&T TV's entry-level Entertainment package is $49.99 per month, but jumps to $93 per month in year two, notes Variety.