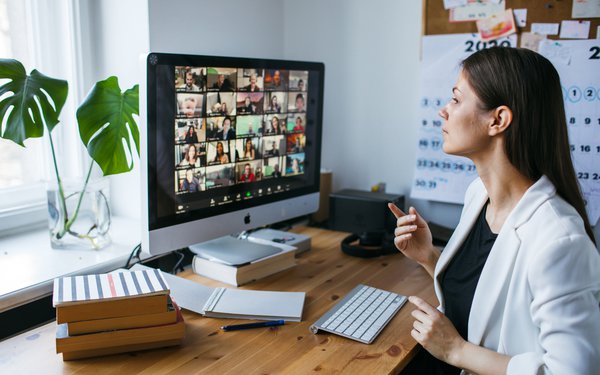 A California resident has sued Facebook and LinkedIn for allegedly violating Zoom users' privacy by "eavesdropping" on their video conferences.

“Facebook eavesdropped on, and otherwise read, attempted to read and learned the contents and meaning of, communications between Zoom users’ devices and defendant Zoom’s server without the users’ knowledge or consent,” Hurvitz alleges in a class-action complaint brought in the Central District of California.

Hurvitz adds that Zoom and LinkedIn “surreptitiously provided certain Zoom users with the personal information of other users even when the victim users proactively took steps to hide their identities.”

Zoom has been hit with several privacy lawsuits in the last few weeks, as well as a lawsuit by investors. But Hurvitz's lawsuit appears to mark the first time Facebook and LinkedIn have been sued for allegedly receiving information from the video conferencing platform.

The complaint alleges that Zoom hosts who used LinkedIn's “Navigator” app were “able to view LinkedIn details of meeting participants, even when those participants sought to keep their personal details anonymous.”

LinkedIn also allegedly was able to collect data about Zoom users, regardless of whether hosts used the Navigator app.

A LinkedIn spokesperson called the allegations "baseless." "We give our members choices over what information they share and honor their settings," the spokesperson said, adding that the integration between Zoom and LinkedIn Sales Navigator is no longer available.

Hurvitz also alleges that Facebook was able to glean data about people who accessed Zoom through Apple's mobile operating system -- including their iOS Advertiser IDs -- even if they didn't have Facebook accounts.

“Facebook’s surreptitious collection of the personal information described above allowed it to amass increasingly detailed profiles on Zoom users showing how, when and why they used Zoom, along with other inferences,” the complaint alleges.

Hurvitz aims to represent a class of Zoom users, and is seeking monetary damages and injunctions against the companies.

In the last several weeks, Zoom has experienced a surge in popularity due to the COVID-19 outbreak, but has also come under increasing scrutiny over privacy issues.

Late last month, the publication Motherboard reported that Zoom's iOS app sent some data to the social networking platform. After the report appeared, Zoom updated its app to stop the data transfers.

Several days later, The New York Times reported that Zoom allowed some users to secretly access LinkedIn data about other video-conference participants. Zoom reportedly disabled that feature after it was contacted by the Times.

The company has also faced questions from Congress over privacy, and is the subject of at least two requests for a Federal Trade Commission investigation.

Zoom has said it is taking steps to address privacy issues.

“We recognize that we can do better with our encryption design,” CEO Eric Yuan said in a recent blog post.