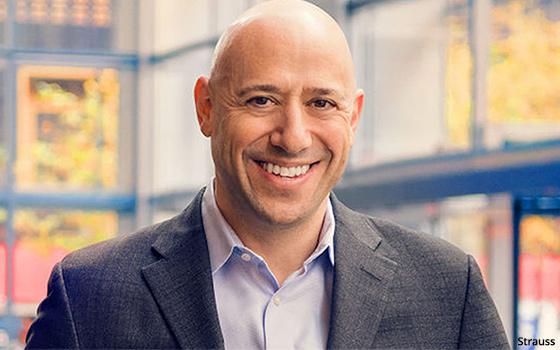 Although many traditional TV networks are concerned about advertising revenue declines, NBCUniversal’s Peacock -- the premium streaming service set to offer a preview starting this Friday on Comcast’s pay TV platforms -- sees its advertising prospects as stable.

“We do not see any degradation in the targets that we have laid out with our advertising sponsors,”  says Matt Strauss, chairman of Peacock/NBCUniversal Digital Enterprises, at a Tuesday press conference.

Some of this optimism comes as viewing has risen on streaming platforms due to COVID-19, with many people staying at home, he says.

“We are seeing advertisers wanting to work with us. In that respect, I think we are fortunate.”

These sponsors' deals are estimated to be each valued at around $15 million to $25 million for year-and-a-half-long agreements, according to media executives.

Strauss did not provide specifics, but only said these are "actual longer-term deals that we put in place," which he said was intentional, "to give them a sandbox to work with us and our product as we look to create different ad innovations.”

One of those innovations is to keep advertising messaging per program hour at under five minutes -- which Strauss says would be a better experience for TV viewers who are accustomed to anywhere from 8-to 20 minutes an hour of advertising time on legacy or digital streaming platforms.

With regard to streaming TV distributors' deals for carriage of Peacock, NBCU said at its Investor Day that it is not looking to make any revenue share on advertising revenues with distributors.

Amazon and Roku have adopted a 30/70 ad revenue-sharing model that allows them to retain a 30% cut of advertising revenue from video channels and providers.

Sister company Comcast’s Xfinity and Flex pay TV subscribers will get a free preview of Peacock Premium, a service featuring 15,000 hours of programming, starting this Friday.

This will be followed by Peacock’s overall national launch -- which includes Cox Communications' pay TV subscribers -- on July 15.

Strauss says NBCU is evaluating the possibly of moving up an earlier national launch date.