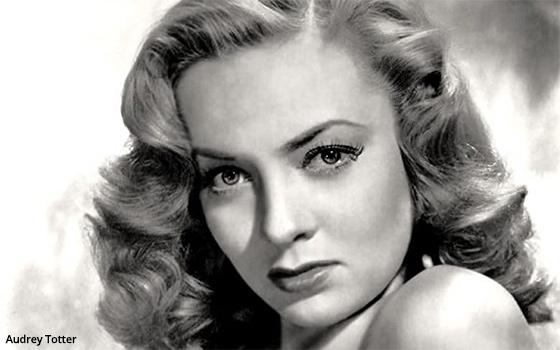 A reasonably intelligent person, who I know well, informed me recently that he was unaware of one of the greatest of all troves of free, commercial-free content in all of cable television -- TCM On Demand.

For reasons I cannot explain, TCM is not positioned prominently on the cable lineup in the region where he lives, he said, which is why this priceless cable channel is not on his household's radar or “regular rotation,” as we tend to call the half-dozen or so go-to cable channels that we check most frequently for content to watch.

Where he lives, his cable company has apparently chosen to deemphasize TCM (Turner Classic Movies) by burying it somewhere up in the hundreds in a portion of the channel lineup that is difficult to remember and where people seldom graze.

What a gift it is then to have it available so much more memorably and visibly here in New York City on channel 82.

This has been especially true during the COVID-19 pandemic when time and time again TCM has appeared like an oasis in the desert of basic cable.

The pandemic has also given us an opportunity to form a new habit where TCM is concerned -- browsing its on-demand offerings, which appear to have increased in number in recent weeks.

If memory serves, TCM On Demand would vary in the number of movies it would offer at any given time -- maybe a dozen, maybe more, maybe less.

But as recently as last Friday, TCM On Demand listed 33 movies -- all shown in pristine digital “prints” without commercials and as always, absolutely free of charge. They ranged widely in age -- from 1933 (“Dinner At Eight”) to 1984 (“2010: The Year We Make Contact”).

“Dinner At Eight” was not a movie I had ever been familiar with. But that is one of the great joys of TCM On Demand.

Among the movies available on Friday, as this TV Blog was being written, were such familiar titles as “Casablanca,” “The Goodbye Girl,” “Now, Voyager” (with Bette Davis), “The Hustler” (with Paul Newman) and “Sergeant York” (starring Gary Cooper as the American World War I hero for whom an avenue in Manhattan is named).

Who doesn't love “Casablanca”? They are all great movies, and anyone who loves old movies has seen them all. However, the best feature of TCM On Demand is the prospect of discovering movies you have never seen before, and are not widely remembered or otherwise well-known.

One recent example was “The Unsuspected” from 1947, which was still available on Friday (and scheduled to be available until May 11).

This was a gem -- a postwar crime melodrama dripping with cynicism. And the person it dripped off of most was the character played by Audrey Totter (pictured above) who turns up often in these black-and-white thrillers of the late 1940s and ’50s.

Want to see more of Audrey Totter? Well, who doesn’t. You can also see her in “The Set-Up” from 1949 -- which is also available now on TCM On Demand, through May 5.

What else was available just this past Friday (and probably continuing this week) on TMC On Demand? The list included: “You Can’t Get Away With Murder” (1939, Humphrey Bogart), “The Women” (also 1939), “Grey Gardens” (the original documentary from 1975), “Gilda” (with Rita Hayworth), “Klute,” “Coma,” “The Candidate” and more.

And what about this timely surprise entry: “No Blade of Grass” from 1970 -- about a family struggling to survive in the anarchic aftermath of a devastating global pandemic. That sounds pretty good right about now.