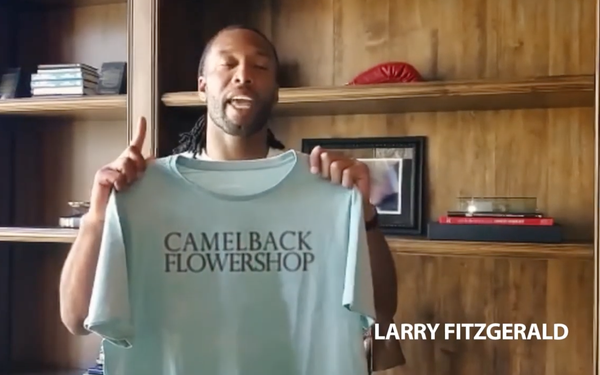 Visa is debuting a campaign today during the NFL Draft that focuses on small businesses, which have been hard hit by the effects of COVID-19.

The 30-second spot from BBDO, which will run on TV and digital, shows NFL stars Saquon Barkley, George Kittle and Larry Fitzgerald holding up another team’s “jersey” during the Draft -- T-shirts that advertise their favorite local small business.

In the spot, which debuts during the first round, the three NFL athletes highlight how now, more than ever, local businesses need fans’ support. The players then proudly announce that although they normally represent their NFL team, they are now also standing with the team of their neighborhood go-to business. It ends with a voiceover asking viewers to “join Visa in supporting small businesses. Because where you shop matters.”

A first of its kind for Visa, the spot was conceptualized, filmed and produced 100% virtually, with COVID-19 safety measures in mind. In less than two weeks, Visa quickly pivoted traditional marketing and media campaigns to use the national platform and NFL players to support small businesses.

By using Visa’s Back to Business tool, consumers can easily locate businesses that may be still open and servicing their community.

The commercial will air exclusively on NFL Network throughout the draft and will be promoted across NFL.com, Visa-sponsored NFL team digital channels, athlete channels and Visa-owned channels.