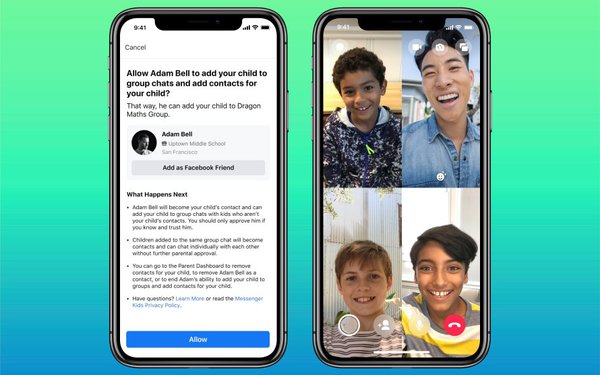 Like Zoom, Houseparty and other popular platforms, Rooms is designed to serve as a virtual space for people to connect and hang out. But unlike other services, Rooms is free. Also, it can accommodate groups of up to 50 people at a time.

Along with several other video updates, Rooms is designed to “help bring people closer together and help us all feel more present with the people we care about during this [coronavirus pandemic] period,” Facebook CEO Mark Zuckerberg said on Friday.

For Facebook, however, Rooms is also part of a long-term strategic shift toward more direct messaging services.

Zoom has seen daily active users explode from an average of 10 million to 200 million in recent months.

As Rooms rolls out over the coming days and weeks, Facebook users will be able to start a “room” for any activity, then send anyone a link to that room, whether or not they have a Facebook account.

“You’ll be able to create rooms and invite people across WhatsApp, Instagram and Portal, as well,” Zuckerberg said Friday.

At the top of its News Feeds, Facebook also plans to alert users to Rooms currently being hosted by other people within their network. “You don’t need to schedule time to hang out like other video conferencing tools,” Zuckerberg said.

After testing Rooms in a few countries, Facebook plans to roll it out globally over the coming weeks.

Facebook is already well equipped to support video calling among its vast user base. Between WhatsApp and Messenger, the social giant already helps more than 700 million users make video calls daily. In addition, the company said the views of Facebook Live and Instagram Live videos have increased significantly since March.

When users create a room, they determine who joins in. Users who create rooms will also have the power to remove any participant they please. And, they can lock their room at any time, so no new participants can join.

*"Participants" include people who participate in multiple daily meetings, as opposed to daily active users, who can be counted only once per day. Zoom has not released information on its DAUs.