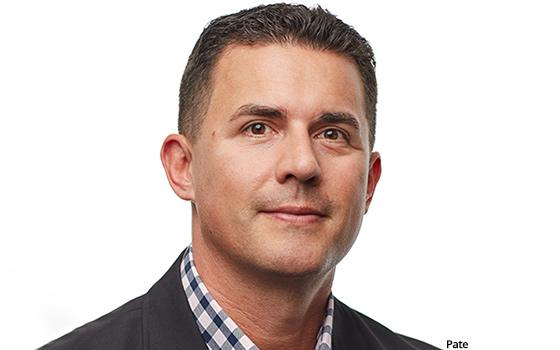 The current crisis could have gone either way for Zenni Optical. The D2C eyewear brand’s manufacturing is based near Shanghai, where COVID-19 shutdowns far preceded the U.S. The year’s growth wasn’t matching plan anyway. And then, as consumer anxiety set in here, the company saw sales drop notably in late March.

Fate, and a decade and a half of brand positioning, however, turned things around in April. This could prove to be a record year for a brand that was doing D2C eyewear many years before Warby Parker made it cool.

In fact, as Brand Communication Officer Sean Pate tells Brand Insider this week, Zenni had been mounting a brand counteroffensive designed to claw back some of the mindshare dominated by the younger, hipper D2Cs in the space. But in yet another twist of fate for the company, it turns out that Zenni’s value-based approach to consumers is perfectly positioned for the longer impact of this crisis – consumers less eager (or able) to pay for hipness.

MediaPost: Where do you stand in the D2C eyeglass market? Does anybody know marketshare here?

Sean Pate: We estimate that by volume of pairs that we have sold into the market, that we own about half of what is taking place in the online world for eyeglass retail. And that's nearly 6 million pairs that were sold via Zenni.com in 2019.

That said, as great as our business has done, the market overall for online is still, at best, 10% of the overall retail environment for eyeglass purchase. So a lot of room to grow -- not only for Zenni, but other players. But more importantly, an educational opportunity and a migration opportunity.

MP: What have been the main channels for customer acquisition for you in terms of marketing and media?

Pate: Zenni was thriving on just the early days of digital marketing and performance marketing, being keen on the efficiencies that they had. Be top of search results when people are looking for low-cost eyewear: "discount eyewear," "cheap glasses," whatever, name your search term.

MP: Turning to the pandemic crisis, Zenni experienced the COVID-19 epidemic earlier than most because of your supply chain.

Pate: Zenni corporate is based in Northern California, and our manufacturing facility is based outside of Shanghai. That's the key for us to be able to produce our product at the prices we do. When the coronavirus epidemic broke out in China shortly after the Chinese New Year, we were shut down for 10 days at the minimum and without any understanding of where we would be, going forward.

Thankfully, after 10 days, the government did come back online and the region that Zenni is based was largely unaffected by the spread of the virus. So we were able to resume operations there.

But within about two weeks, we were back online and operating as normal, and that dovetailed pretty much right into the slowdown and then stoppage, and the outbreak in the States. [It] halted so many of the marketing tools that we were using to build brand — sports partnerships and out of home, which are just irrelevant at this point. So, that has turned everything upside down.

MP: When we started seeing lockdowns and job loss, what was the initial impact on your sales curve here?

Pate: Business took a downturn for the latter two weeks of March because, by our estimation, nobody was thinking about shopping for glasses. 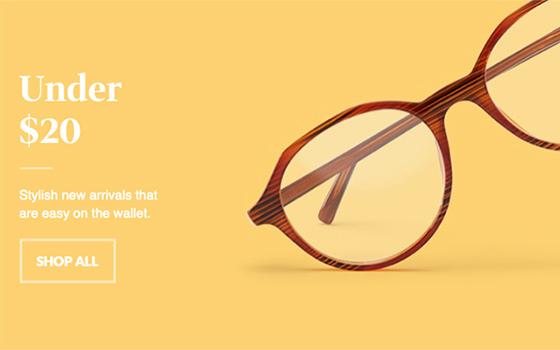 MP: But you saw a big bump in April?

Pate: Yeah, it's been exciting and something that we weren't sure that we would experience right off the bat. We're a little over 30 days into all of our quarantines. The latter part of March was definitely down 10% if not more.

But overall, for the month of April, our orders are up over 50% year over year. I'm just looking at April for the first 20 days. The traffic among new visitors is up over 50% and it's even more impressive when you look at the last 10 to 15 days of April, which has skyrocketed in terms of attention.

It is a DIY, if you will. That, coupled with our low, low prices and the quality that the brand has started to disseminate and the notoriety of it, is all coming into a nice point of focus. I didn't expect the returns to be this quick.

MP: There's like a consciousness curve. People are realizing that a lot of everyday behaviors will be impacted for quite a while, and maybe help drive people to consider this in a way they hadn't before.

Pate: That is so true.The way we had been prognosticating it is that we're going to be in unprecedented economic times for the rest of this year, unfortunately, and there's no better business that's situated to address the essential needs of people that are looking for eyewear.

Now you're going to be in a scenario where people aren't going to be able to even afford glasses at even a discount retailer, given their economic strain, and many have lost their insurance from their employers as well. So that's another aspect of it.

We're able to get people into glasses for as low as $7 for a single-vision prescription pair. That value proposition that's always been there for Zenni has been overlooked.

[People say,] I get a discount from my employer and I pay half and it's a couple hundred dollars. But I like these frames and it's something I've been doing year over year. And if it's not broke, don't fix it. Well, now it's really going to not be an opportunity or available to you.

MP: That raises a whole bunch of other questions. How are you responding to needing to reallocate marketing resources and initiatives? What does the mix look like right now and how is it changed?

Pate: We are taking full advantage of the fact that everybody is consumed with digital or online methods and I daresay doubling down. The other thing that we're having to assess in general is all the investments that we're committed to — so many of our offline opportunities, partnerships, out of home and more. And understand, are those coming back, if they do come back in what form will people be digesting that level of marketing and will it still have the same efficacy?

We were sitting here waiting to see if there will be a resumption of an NBA season. Will there be a major league baseball season where we had a partnership teed up? Will there be an NFL season? These were major efforts and anchors for our brand in the past year. If those aren't able to be executed, those dollars then rotate into things like esports, where we've made a sizable investment and would have regardless of this pandemic.

MP: How has the messaging evolved? You are a company that does seem to be very well positioned to thrive in this environment.

Pate: It's something that we've been talking about and really wanting to appropriately and smartly approach. There was sensitivity as we came out of the gate in this pandemic as to how do you address consumers with the obvious and speak to everybody's circumstance right now. Is that looking tone-deaf in terms of taking immediate advantage of that as an opportunity?

MP: What's been the biggest learning so far from the crisis that either you saw as a company or consumers or just the process of marketing under this kind of stress?

Pate: Don't take anything for granted, that's for sure.

MP: What do you mean by that?

Pate: The irony is what has happened literally in the last two months where we could have been staring at a much different story for us. And I knock on wood because nothing is locked down.
But China, for the most part, has stabilized itself. Had it not, had it extended just like the U.S. has with manufacturing shutdowns and business shutdowns for 30 days, that could have been debilitating to our business for this year. You're fortunate enough to come out of that without much more than a scratch, so to speak.

And now it's completely turned around. The business was coming into the year bullish on growth but had started the year slowly, in all candor. With this circumstance now, we're tracking towards record growth, potentially, and this is all within the span of 60, 70 days. We're still in the midst of assessing what are the takeaways.

But now we do see a real opportunity to help and assist people. Zenni's mission is giving people access to truly affordable eyewear. And when you're talking about a $7 pair of glasses that could help someone get through their daily life and relieve some of the financial strain, that's where we feel like we can help serve during this time.