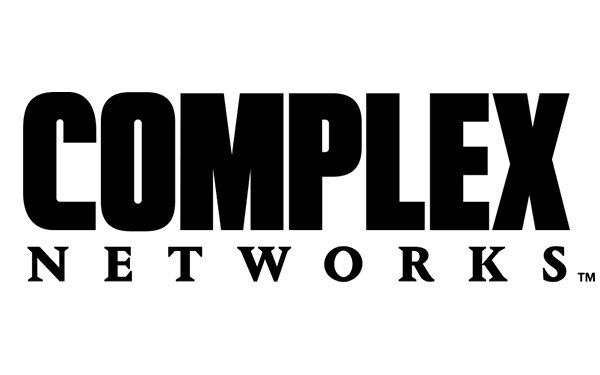 Complex Networks is rebranding to unify a company that has undergone several expansions and changes over the last eight years.

The rebrand, which launched today, includes a new logo, tagline and mission statement.

It also features a refreshed website and a visual identity to communicate to the B2B community that the company’s portfolio lives under one parent.

“The goal of this is really to help educate our partners and clients on what they may not know right now… of what Complex Networks is,” Jonathan Hunt, executive vice president, marketing and audience development, told Publishers Daily.

“We want to unite all of our owned-and-operated brands under a common banner,” so that its audience “knows they are part of a shared world," executive creative director Wyeth Hansen added.

The parent company’s logo may appear in title or end cards, or in footers across the network. Ad attribution will link back to Complex Networks.

Complex Networks “didn’t have so much of a presence, or a public presence beforehand,” Hansen said. “This is a reemergence for the parent brand.”

“What we have seen is a clarity in the purpose of the company that has already been there, but hasn’t been communicated through the brand,” Hansen added. “Our previous identity did not make explicit its connection to its roots.”

Complex Networks started out in 2002 with Complex, a sneakers and hip-hop magazine.

In 2016, Verizon and Hearst jointly acquired the company.

“The industry optics of our brand narrative has become fragmented over the years,” Hunt said. “We are not just a magazine, focused on sneakers, or hip-hop. There is more dimensionality… to Complex Networks.”

“We are no longer just print or digital but truly an entertainment company,” he added.

The rebrand will also make a clear distinction between Complex Networks the parent company and Complex the brand.

“That’s why we went with the horizontal 'Complex' logo mark, versus trying to append Networks to the box logo” that Complex has, executive creative director Ryan Dunn said.

The new tagline for the company is: “Where the next begins.”

The new mission statement reads: “Complex Networks champions the people, brands and new trends you need to know now, will obsess over next, and we build consumer universes around them. We’re what a modern entertainment company looks like and what others have followed since 2002.”

The rebrand has been in the works for months. It was originally planned to roll out at this time, before the Cannes Lions International Festival of Creativity for advertisers, which was scheduled to take place in June.

The festival has since been cancelled, due to the COVID-19 pandemic.