Murdoch: Upfront May Not Be 'Singular' Market, Local Q2 TV Ads Down 50% 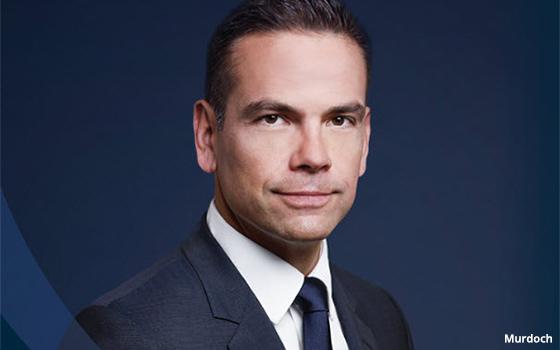 “We don't see a virtual, singular upfront as the right thing to do today because all of our clients are affected by COVID-19 in different ways.”

Speaking during Fox Corp.'s quarterly earnings call with analysts, Murdoch added: “So, for example, our retail clients or our auto clients will emerge from COVID-19 in a very different way from, say, our financial services or insurance clients. Entertainment will be very different from telecom or professional services.”

Analysts believe upfront deal-making may be much lighter in terms of sales -- with perhaps just 30% of all TV networks' seasonal inventory being secured in an upfront advertising market versus a typical number of about 70%.

For Fox, Murdoch says much will depend on what happens to the NFL and its expected return in September, as well as other sports including NASCAR. He adds that much of Fox’s fall prime-time entertainment schedule has already been produced and edited. “The only open question... is whether we get “Masked Singer” back into production in time for a fall schedule or for a mid-season schedule.”

“Despite viewership gains for our local news programming, fiscal fourth-quarter (the second three months of the year) advertising revenues are pacing down around 50% from year-ago levels,” says Murdoch.

Looking at results of the first three months of the year (Fox Corp’s fiscal third quarter), there was 25% bump in overall revenues to $3.44 billion-- largely due to Super Bowl in February which pulled in $600 million in ad revenues.

Net income sank to $90 million from $539 million in the same period a year ago, partly as a result of a change in the fair value of Fox’s former investment in Roku and other issues.

During the first three months of the year, Fox Corp.'s total company advertising revenues grew 44% to $1.57 billion, largely due to the Super Bowl in February.

Without the Super Bowl -- and the impact of one less NFL divisional playoff game compared to the prior year -- company-wide ad revenues would have been up 1%.

Local TV stations had advertising up 20% in the first three months of the year from the Super Bowl and over $35 million of political ad revenues in the quarter.