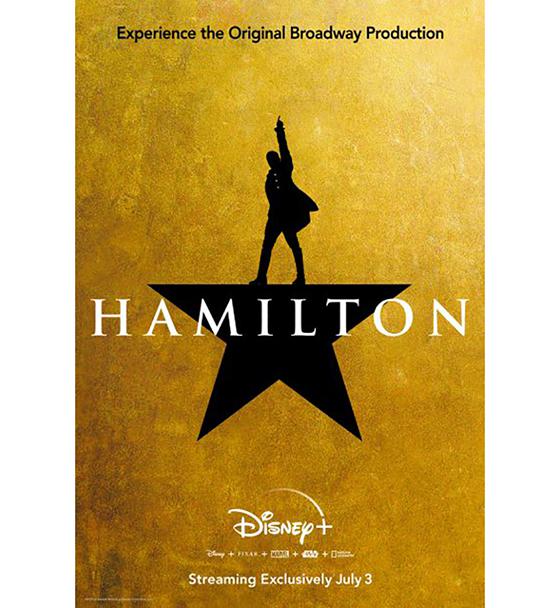 “Hamilton” was the super-pricey, sold-out Broadway hit — and tickets were hard to get.

Written by Lin-Manuel Miranda, the show was filmed at the Richard Rodgers Theatre on Broadway in June 2016. “Hamilton” features Miranda and the original principals in their starring roles.

Thomas Kail, who directed the hit show, also helmed the film. The streamed version is part of the art of “live capture,” which combines live theater and film to produce a cinematic stage performance.

“Hamilton,” which also garnered a Pulitzer Prize, was initially slated for October 2021. But it seems especially apt to stream on the eve of Independence Day.

On “Good Morning America” this morning, Bob Iger, executive chairman of The Walt Disney Company, explained: “In light of the extraordinary challenges facing our world, this story about leadership, tenacity, hope, love and the power of people to unite against the forces of adversity is both relevant and impactful.”

Lin-Manuel Miranda, who accompanied Iger, added Kail has “given everyone who watches this film the best seat in the house.”

Early releases, given the pandemic, are becoming more common. Disney made “Onward,” a Pixar animated film, available for digital purchase months ahead of schedule. The film hit movie theaters on March 6, but began streaming on Disney+ April 3.