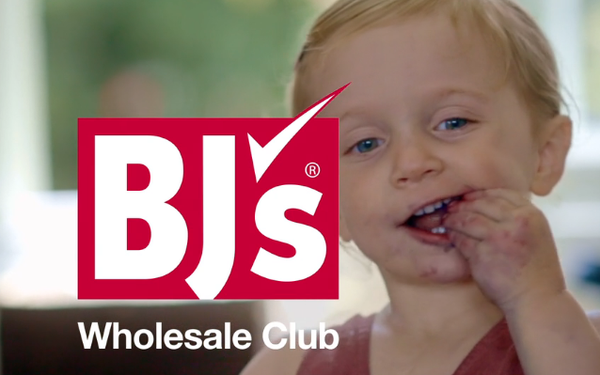 How could families eating together all the time under one roof be considered crazy?

A family of four eating three times daily means preparing 84 meals a week. Hence the new “What’s For Dinner?” campaign from BJ’s Wholesale Club that visualizes the comfort aspects of eating, along with the accompanying kitchen chaos.

The 30-second campaign spot opens with a young girl yelling “I’m hungry!” as her mom looks on with a tired expression. The images speed up to show food being prepared, a dishwasher being stocked and an egg plopping to the floor.

When the same girl asks “What’s for dinner?” her dad rubs his face in seeming exhaustion.

Captions at the end of the video tout the company’s online ordering, in-store pickup and home delivery.

In keeping with the trend of what appears to be the new normal of ad production amid social distancing, the spot was shot and directed by artist and photographer Todd Selby at home with his wife and two daughters. Concept to creation took two weeks.

Asked about the genesis of the campaign, Terri Meyer, co-founder and co-CEO of the Terri & Sandy agency, sounds a familiar refrain during the ongoing pandemic. “It was so funny because we had just heard a lot of our friends going ‘if I hear what’s for dinner one more time, I’m going to kill myself,’” Meyer tells Marketing Daily.

“So we decided to depict the family and the craziness of making all the meals.”

Media agency Noble People is handling the campaign media, which in addition to digital platforms is running on network and local cable TV in such markets as Albany, Boston, Hartford, Philadelphia and Miami.

On March 5, when no one could have predicted the impending impact of COVID-19 on U.S. society, BJ’s executives were enthusiastic about their BOPIC initiative, which is less than two years old.

Asked to elaborate on the BOPIC demographic, Delaney said, “Our business starts to make sense when you buy a home, when you have kids, when you have a real need to buy in larger quantities.”

As of March, BJ’s had between 5.5 million and 6 million members.