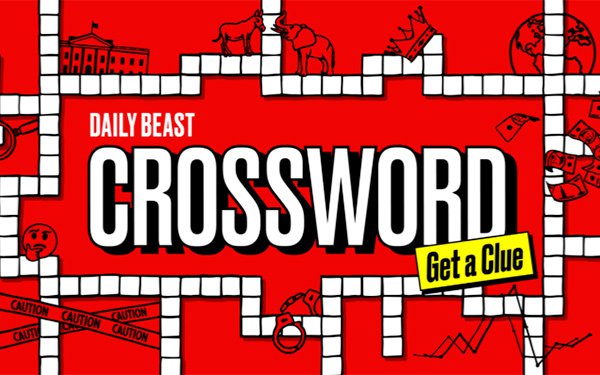 has launched a crossword productthat will draw on the outlet’s news coverage, from politics to pop culture.

Other publishers, like The New York Times, have found success with crosswords.

In this year’s first quarter, the company amassed 119,000 new subscriptions to its digital products, which include its Crossword section, as well as Cooking and audio products. (Last week, the Times announced it was rebranding the Crossword section to Games.)

However, The Daily Beast’s crosswords are free to access.

“The more you read our site, the better you’ll do — so no downsides!” executive editor Tracy Connor wrote in an email announcing the new product.

The puzzles will be constructed by professional crossword puzzle writer Matt Gaffney, who has created puzzles for New York magazine and The Wall Street Journal.

The crossword grids will be 10-by-10. The puzzles will become more challenging as the week goes on — the easiest crosswords will publish on Mondays, the most difficult on Sundays.

The crosswords will be published fives time a week, Monday through Thursday and on Sunday.