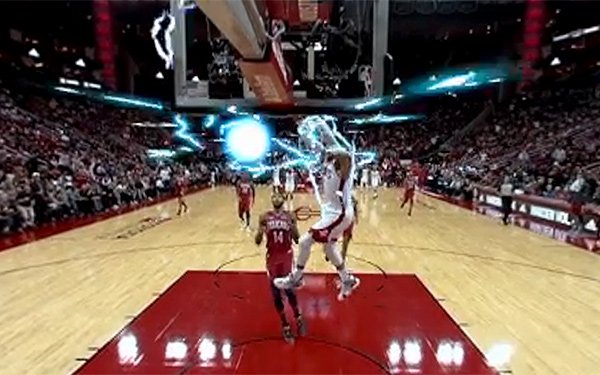 To date, NextVR has specialized in turning live events, like NBA basketball games and musical performances, into VR content.

With the purchase, the company says it's “heading in a new direction.” At this point, neither NextVR nor Apple are getting more specific than that.

“Apple buys smaller technology companies from time to time, and we generally do not discuss our purpose or plans,” a company spokesperson said on Friday.

What that means for NextVR’s existing partnerships with the NBA, Fox Sports, Wimbledon, and other media companies is unclear.

After first reporting that a deal was in the works in April, 9To5Macsuggested it was setting Apple back by about $100 million.

Despite ongoing efforts by Facebook and other tech titans, virtual reality remains a niche market. And, while the pandemic has accelerated certain technology trends, some analysts don’t believe that virtual reality will be one of them.

“The problem is, we haven’t worked out what you would do with a great VR device that isn’t a game (or some very niche industrial application), and it’s not clear that we will,” technology analyst Benedict Evans wrote in a recent blog post.

“We’ve had five years of experimental projects and all sorts of content has been tried, and nothing other than games has really worked,” Evans added.

That obviously hasn’t stopped Apple from continuing to invest in the space.

In addition to NextVR, the tech giant was reportedly eyeing Plessey -- a UK-based maker of AR displays before Facebook bought it in March.

From smartphones to smart glasses, there will be about 2.5 billion AR-friendly gadgets in use by 2023, according to estimates from Digi-Capital. By that time, the AR market will be worth around $70 billion, the firm calculates.

By contrast, there will only be about 30 million VR gadgets in use by 2023, while the VR market will only be worth $10 to $15 billion, per Digi-Capital.