Not Wearing Pants? No Problem When You Go For An Oil Change At Take 5 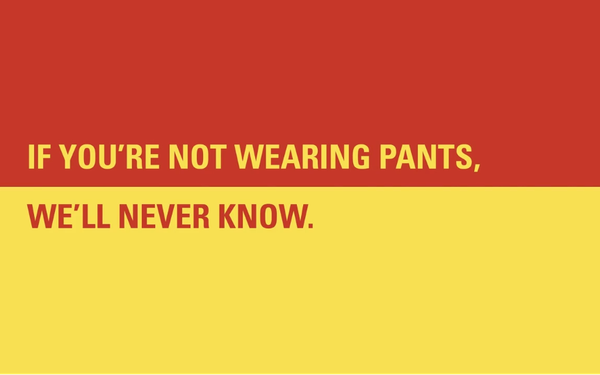 Take 5 Oil Change, with about 500 locations nationwide, is out with a new ad campaign today created with San Francisco-based ad agency Erich & Kallman.

The company offers a drive-thru service that lets drivers stay inside their car or truck while they get their oil changed—a service that’s the focus of the campaign and one that is well-aligned with the realities of the “new normal.”

Instead of the ubiquitous “we’re in this together” COVID-19 messaging, the campaign takes a more upbeat and humorous approach.

The animated effort highlights some new habits (at least for some) acquired from working at home, like not wearing pants or maybe not showering as often compared to pre-pandemic.

The campaign will run through July 5 across 54 U.S. markets.