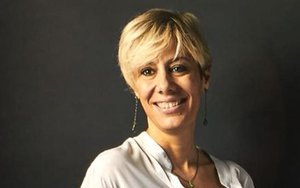 WPP has appointed Simona Maggini Country Manager for Italy, succeeding Massimo Costa who the holding company said has decided to step down from the role.

Maggini will retain her existing role as CEO of VMLY&R in Italy. She joined Y&R in 2003 and has held a number of senior management roles including General Manager Y&R and VML Italy, before being promoted to CEO in 2015.

Maggini led the integration of Y&R and VML in Italy when WPP merged the agency networks in 2018.