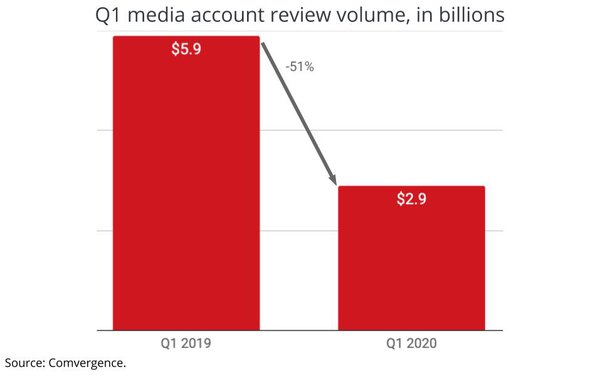 Like much of the rest of the global economy, new business activity slowed precipitously for the media services industry during the first quarter of 2020.

Total volume of media account turnover declined 51% to $2.9 billion from $4.95 billion in the first quarter of 2019, according to just-published estimates compiled by Comvergence.

"Yes, there was a slowdown in Q1 2020 vs. Q1 2019, but the real impact of the pandemic is likely to reflect on the First Half 2020 results," notes Comvergence Founder and CEO Oliver Gauthier, suggesting the second quarter will be even more pronounced in terms of the slowdown in new media business activity.

"As of today, we recorded about $4.3 billion of reviewed media spend (vs. $11.4 billion in the first half of 2019)," he explains, adding, "considering that a couple of global/multi-country pitches have been either put on hold or just canceled, including Burberry, AB-InBev, Telefonica, to name a few." 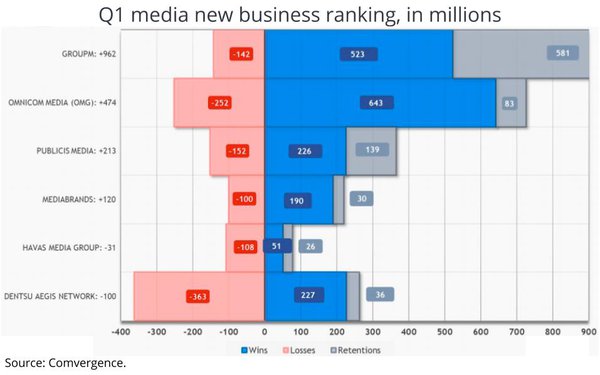 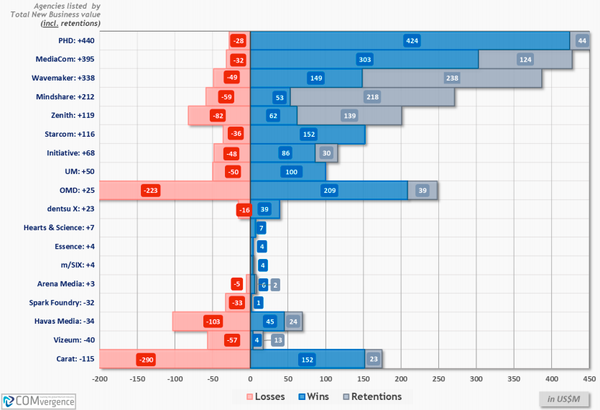