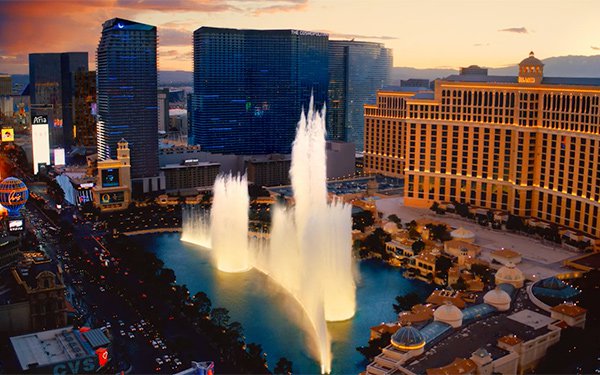 Las Vegas and agency R&R Partners have unveiled the city’s “Reimagined” ad campaign that depicts various Vegas Strip imagery and outdoor recreation activities while a voiceover states when the time is right, Vegas will reopen.

The new effort is designed to help keep the destination top-of-mind as other states slowly begin to reopen and travelers begin to plan vacations. So far there is no date set for the reopening of Las Vegas casinos.

“This makes the destination perfectly suited as an escape for everyone who has been sequestered in their homes for the past two months,” says Arnie DiGeorge, executive creative director, R&R Partners. “There is definitely a pent-up demand for what Las Vegas offers as a destination.”

The spot deviates slightly from previous Vegas ads in terms of tone and messaging, which have typically illustrated the over-the-top frenzy the city conjures up for visitors.

There is a line in the spot that says “A new Vegas for a new reality” intended to convey a slightly more subdued experience upon reopening.

Still, the creative remains consistent with the framework set by the new "What Happens Here, Only Happens Here" campaign that was launched in January. That work replaced the long-running and iconic “What Happens In Vegas, Stays in Vegas” tagline that was used for almost two decades.

The ad will run nationally across a combination of network and cable channels. It will also run digitally as part of a streaming schedule with NBC.