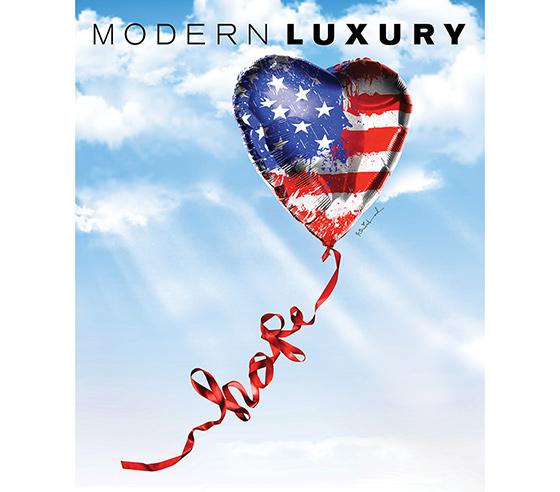 All proceeds from the issue will go to the hunger-relief organization, which operates 200 food banks across the U.S.

The luxury lifestyle publisher is also providing $1 million in media support to spread Feeding America’s message across Modern Luxury’s print and digital channels, including its 22 markets and 48 sites.

While Modern Luxury has longstanding relationships with local nonprofits, “this is the first broad, national partnership, and of this level,” Chief Marketing Officer Raquel Cadourcy told Publishers Daily.

To put the issue together, over 15 Modern Luxury markets collaborated remotely.

Phebe Wahl, senior vice president of editorial at Modern Luxury, said the team wanted to find a nonprofit partner “that had regional roots and national scope.”

“They really touch communities on such a local level, and engage with local communities, with offices across the country,” said Wahl, who spearheaded the special issue. “Their mission of hunger-relief efforts is so important right now.”

Modern Luxury’s partnership with Feeding America aims to drive its affluent audience to donate to the organization and support its COVID-19 response fund.

“We want to help broadcast their message and support them financially through funding as well,” Wahl said. Most of the funding will come from the issue’s ad revenue.

While many businesses are feeling hesitant in these turbulent times, “once they learned about the mission and how they were supporting Feeding America, it united everyone with a purpose. It's why this issue of hope really matters,” Wahl said. Businesses were eager to be a part of the issue.

The Hope Issue “had a much deeper sense of purpose” for the luxury lifestyle magazine and its team, Wahl said.

The original art will be auctioned off, and 100% of the proceeds will go to Feeding America as well.

The Modern Luxury issue closes out with a back page that lists ways readers can help people in need during the pandemic. “We are really trying to encourage people to find that message of hope through charity and giving,” Wahl said.

Kicking off with the Hamptons Magazine Memorial Day issue, The Hope Issue is available May 20 to subscribers and online at HopeIssue.com.