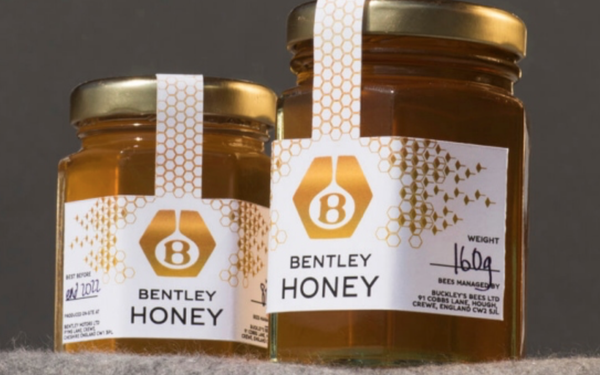 The holiday, May 20, was designated in 2018 by the United Nations General Assembly.

The two British car companies join conservationists, naturalists, growers and apiculturists around the globe in raising awareness of the role bees play in keeping the planet healthy, and the challenges they currently face.

The day seems to be a bigger deal in the United Kingdom, judging by the origin of tweets with the #WorldBeeDay hashtag. The only other brand that appears to be promoting the day is a UK-based independent publisher, Icon Books, which is partnering with The Bee Center to give away copies of a book about beekeeping, “Liquid Gold,” and jars of locally produced honey.

U.S. brands that would seem to be a natural fit such as Seventh Generation, Patagonia, REI and The North Face have not mentioned the event on their social media pages. Jewelry company Pandora celebrated the day last year with a Facebook post highlighting its Queen Bee pendant but so far this year has not acknowledged the holiday.

Rolls-Royce is actively involved in “helping to safeguard these essential, remarkable and highly vulnerable creatures,” according to the automaker.

In 2017, the company established an apiary at Rolls-Royce headquarters in Goodwood, West Sussex. It is home to around 250,000 English Honey Bees, which reside in six traditional English-crafted wooden beehives.

As well as foraging on 42 acres with half-a-million trees, shrubs and wildflowers, the bees roam over the surrounding 12,000-acre Goodwood Estate at the heart of the South Downs National Park.

Each year “The Rolls-Royce of Honey” is hand-processed by local specialists and served to guests of the marque, including customers commissioning their cars in the company’s Atelier suite, according to the automaker.

Bentley’s headquarters in Crewe is also home to many bees. The company is installing two additional beehives, with one more to follow. After spending the winter months in hibernation with local beekeepers Buckley’s Bees Ltd., the 120,000 bees from last year returned home and will be joined by an additional 180,000 British Apis Mellifera honeybees.

Bentley recently planted 100 native British trees on site, and the area bordering the Cheshire countryside is filled with bee-friendly wildflowers. More than 200 jars of honey will be produced by the end of the harvest season and will be shared with Bentley’s colleagues and visitors.

World Bee Day aims to strengthen measures to protect bees, which are pollinators for almost 90% of the world’s wild flowering plant species and more than 75% of global food crops. Despite their importance in supporting food security and biodiversity, bees are under significant threats worldwide from monocultural farming practices, land-use change and habitat loss, pesticides and rising temperatures linked to climate change.