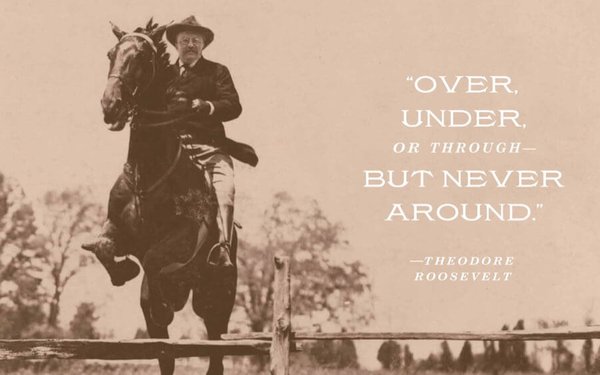 After several aborted attempts plans are being laid for a Presidential Library honoring and preserving the legacy of the 26th U.S. president, Theodore Roosevelt. And with help from Stagwell Media’s Code & Theory the blueprint envisions the facility becoming America’s first "digitally-native" museum.

The physical library has not yet broken ground in Medora, North Dakota, but both fundraising and a design and architecture competition are well underway.

And plans for the museum’s digital presence, led by C&T, are ongoing. Digital content and experiences are not supplemental to an in-person experience, but rather will be differentiated and unique to each visitor and participant, the agency asserts.

The firm’s first phase focuses on the “tactical aspects,” says Ben Berentson, managing director, C&T. He explains the TRPL website is designed to convey information about the project, provide timely updates, and act as a means to drive donations of either money or artifacts.

Meanwhile the social content strategy seeks to humanize a historic figure, who served as president from 1901 to 1909. Berentson cites interesting facts like how TR was blinded in one eye after a boxing accident in the White House and how he helped form the National Collegiate Athletic Association. He was also the first sitting President to leave the country.

Berentson believes the biggest challenge “but also opportunity” is that the entire museum project is in its early stages. While there is press coverage to be found, there is not (yet) a lot of owned content, he says. Similarly the collections of documents and artifacts that help illustrate T.R.’s life predate the National Archives and Records Administration (NARA), meaning that ownership is scattered across other organizations and private owners.

“This meant that we needed to build a flexible site that could scale to house large volumes of content, and could evolve as their project and team evolves over the coming weeks, months and years,” says Berentson.

With the physical museum and its digital architecture being developed in coordination, legacy infrastructure is a non-issue, which usually isn’t the case with other institutions undergoing a “digital transformation,” notes Berentson.