AT&T's 5G Evolution, Slammed by Ad Board, Lives On As Smartphone Icon 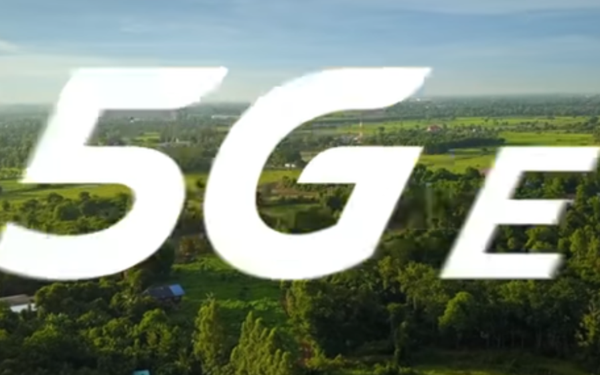 But that’s not the end of the Evolution or its shortened name, 5G-E.

AT&T says the ruling did not apply to the 5G-E logo that pops up in the corner of smartphones some AT&T users see when they use their phones.

That service logo, AT&T says, will remain, because it’s not advertising, according to a confirmed report on the tech site Light Reading.

The 5G-E logo is just a symbol, the argument goes.

Last year, when Sprint wireless (now a part of T-Mobile) sued over the AT&T ads, it mentioned a consumer study it commissioned showing that 54% of consumers thought 5G-E was a 5G service (or even better) and that 43% believed if they bought an AT&T phone, it would have  5G-E coverage and be capable of running on a  5G network. Neither of those beliefs are true.

Sprint’s suit alleged : “What AT&T touts as 5G, however, is nothing more than an enhanced fourth generation Long Term Evolution wireless service, known as 4G LTE Advanced, which is offered by all other major wireless carriers.”

AT&T hasn’t gotten the hint, even after tech publications, advertising critics and not least of all its competitors pointed out -- repeatedly -- that 5G Evolution is at best, just a fancier version of 4G technology.

Former T-Mobile CEO John Legere long ago said 5GE, should be called what it is: “5G-BS,” he dubbed it.

But speaking of, um, claims that aren’t absolutely truthful,  Hans Vestberg, the CEO at rival Verizon, told an audience at a J.P. Morgan analysts’ conference a couple weeks ago that all those fabulous improvements with 5G service will be a long time coming.

And really, good 4G is likely what most Verizon customers will get, except in the heart of the biggest cities, at least for a while. In short, at Verizon too, the evolution is still very much a work in progress.