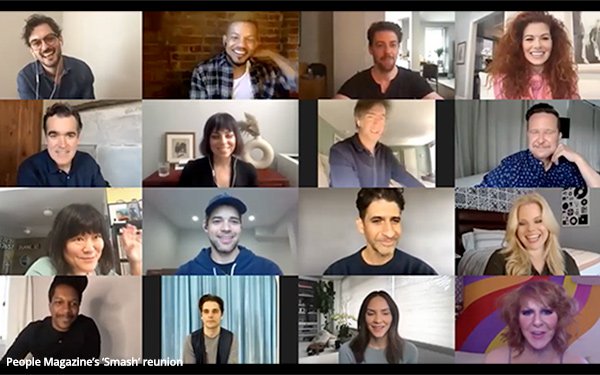 Last week, People live streamed “Bombshell in Concert,” featuring a cast reunion of the NBC show that ended in 2013.

The event -- which aired across People.com, PeopleTV and People’s Facebook and Twitter feeds -- reported 2.8 million views, making it the second-most-watched streaming event for the brand on Twitter, not counting red-carpet events.

The event featured a stream of the sold-out live performance of "Bombshell in Concert," which took place at the Minskoff Theater five years ago, with a cast reunion hosted by Julie Klausner during intermission.

"Smash" -- a TV show centered around the creation of a fictional Broadway musical about Marilyn Monroe called "Bombshell" -- has retained a dedicated fan base since leaving TV. The show aired for two seasons and was created by Theresa Rebeck.

Following the live stream, news broke that a stage version of "Smash" is under development and headed to Broadway.

Steven Spielberg, who developed the idea for its first incarnation, will produce, alongside Robert Greenblatt and Neil Meron.

Series songwriters Marc Shaiman and Scott Wittman, who wrote the score for "Hairspray," will do the same for the "Smash" musical, while Bob Martin and Rick Elice will co-write the book.