Advertising Enters Video Games At A New Angle Through Esports 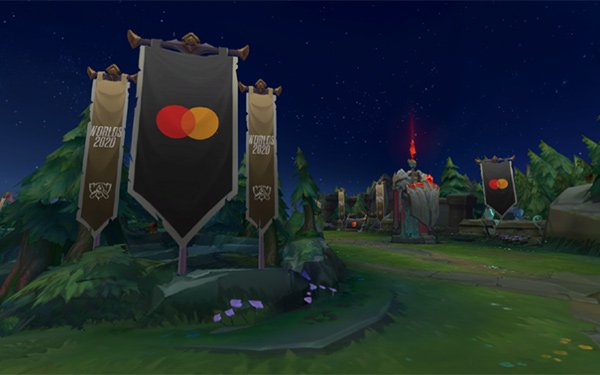 In-game advertising in video games has been a subject of debate among gamers -- and a difficult mountain to climb for advertisers for some time.

On the one hand, gamers are sick and tired of the mobile gaming advertising system that interrupts game play with advertisements, but on the other hand, many gamers recognize the video game ecosystem for what it is to many companies -- a business that can drive tons of ad revenue.

How advertisers can do it right is a huge area of focus for the not-so-distant future of video games.

Traditionally, publishers of mainstream games like Activision Blizzard, Riot Games, EA, Epic Games and others have stayed away from heavy in-game integrations that have so taxed the mobile ecosystem.

However, recently Riot Games announced that it would support in-game banner advertising that blends in with the virtual competition map during League of Legends esports competitions specifically.

Small flags around the map that player avatars compete on will appear with logos, as pictured above. Mastercard and Alienware will be the first to take advantage of this opportunity.

What’s more, Riot will allow for each of its 12 regional leagues to have different sponsors.

Riot also worked with Nielsen to qualify and quantify the in-game branding opportunity for potential sponsors. The data, Riot says, will instantly make clear that these in-game assets are among the most valuable in the League of Legends ecosystem.

This is pretty big for a few reasons. Aside from Fortnite’s customizable appearances that allow viewers to equip their character’s avatar with things like a Patriots' football player (jersey/helmet/logo, etc.) this is the first time that sponsorship advertising has entered video games in a traditional sports-esque manner.

We’re already used to seeing banner ads around arenas for traditional sports, so now Riot Games and League of Legends are replicating that model in-game.

Intelligently, they are also limiting these types of displays to esports competitions specifically, which will likely avoid potential complaints from more casual players who want to have an immersive experience while playing their favorite game.

Also, quite uniquely, the advertising banners are being programmed in such a way that the actual professional players will not see the banners during competition -- only those watching online will see the advertisements.

With League of Legends esports viewership at an all-time high of 100 million unique viewers during last year’s championship (with a 44 million-concurrent-viewer peak), League of Legends is the world’s most popular esport.

This opportunity is undoubtedly attractive to any sponsor or marketer who is interested in reaching younger audiences in a traditional sports-type environment.

And where might this kind of advertising strategy go from here? With the technology clearly available, Riot and other publishers might expand this vision of a few publisher banners to more in-game interactions -- but not too heavily, of course.