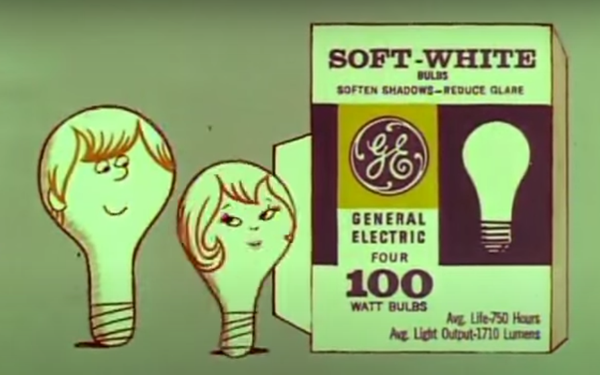 General Electric announced on Wednesday it has sold its historic lighting business to Massachusetts-based Savant Systems, just about closing the book on consumer products actually manufactured by GE and carrying its name.

In 2017, when GE first said it intended to sell the business, published reports said it was worth twice that figure. But in recent years, the division reportedly contributed just 2% of General Electric’s total revenues.

The company Thomas Alva Edison founded in 1880 was originally called the Edison Lamp Company, referring to the incandescent lamp he had invented. That company morphed into General Electric. The light bulb division opened on a new 92-acre campus-style plant called Nela Park, in East Cleveland in 1913, where the lighting division is still headquartered. The facility is listed in the National Register of Historic Places.

By comparison, Savant is a newcomer.  It was founded in Hyannis, Massachusetts, in 2005. It’s carving a name in the “smart” home market, with items like automated window shades, whole home audio systems, and circadian and “wellness” lighting solutions that can change the color of a home or office environment.

Savant retains the right to continue to use the General Electric name and technology.

In a statement, founder and CEO Robert Madonna said, “Savant’s mission from the start has been to create the number one smart home brand in the world, and I am confident that the acquisition of GE Lighting has moved us significantly toward that ultimate goal. We are committed to ensuring that GE Lighting’s long history of industry leadership continues.”

The company said GE Lighting’s 700 employees would be retained at its East Cleveland facility.

A big reason for GE Lighting’s dimming prospects resulted from the popularity of the LED light bulb--which it invented in 1962. While GE’s slogan at that time was “Progress is Our Most Important Product,” as the long-lasting LED began replacing conventional light bulbs, cutting down on units sold, GE’s lighting business became progressively less important.

Still, in 1979, light bulbs were important enough that GE created the slogan, “GE: We Bring Good Things to Life” about its trusty lighting division.

Despite a comparatively diminished market, a GE spokesman said, the lighting business still has 6,000 SKUs covering the wide range of types of electric lights it manufactures. GE also invented the fluorescent bulb in 1938 and the halogen bulb in 1959.

But for years, GE has been moving away from consumer products, though its remaining core business has remained troubled even as the recession ended. News of the lighting division sale bumped up GE stock more than 7% as of Wednesday afternoon.

In a statement,  H. Lawrence Culp, Jr., General Electric chairman and CEO said, “Today’s transaction is another important step in the transformation of GE into a more focused industrial company…. Together with Savant, GE Lighting will continue its legacy of innovation, while we at GE will continue to advance the infrastructure technologies that are core to our company and draw on the roots of our founder, Thomas Edison.”