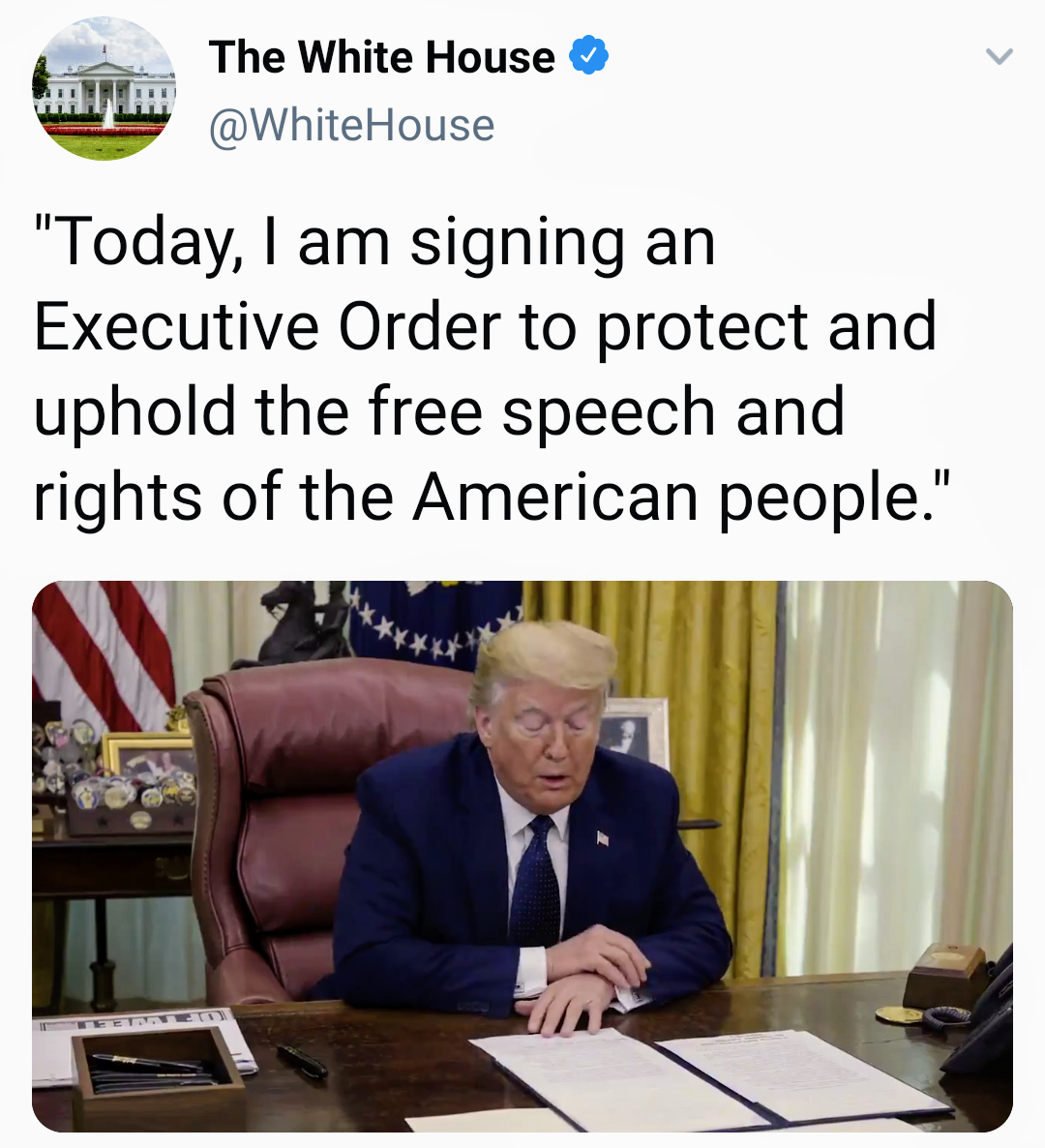 Does anyone else see the irony in the White House using Twitter to broadcast the live signing of the President's executive order to put his thumb on social media networks including Twitter?

How enforceable the order is remains to be seen -- but as some legal experts note, it could come back to byte him. Er, I mean bite him.

"I really don't get what Trump is thinking here. If web platforms lose their 230 immunity, Trump will be the first one they'll block," one expert tells me.

It's an interesting play for a direct-to-consumer candidate, who many believe only became President in the first place because of his unrestricted access to Twitter, YouTube, etc.

He's right about one of those things.

During his remarks, the President said he is directing his administration to develop "policies and procedures to ensure taxpayer dollars are not going in any social media companies that repress free speech.

"The government spends billions of dollars on... giving them money," he continued, adding: "They're rich enough. So we're going to be doing none of it, or very little of it." 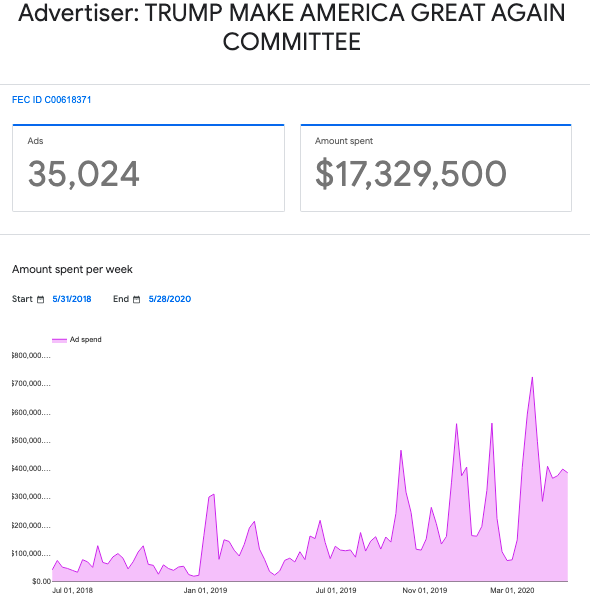