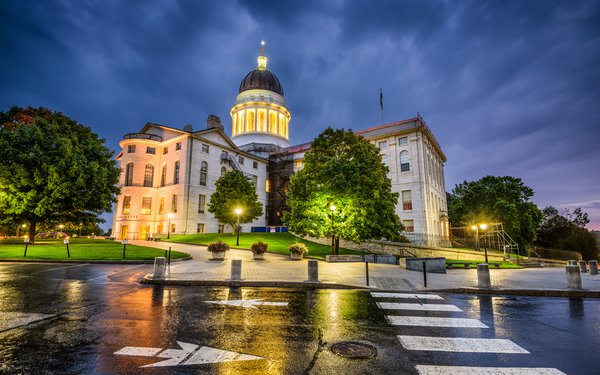 “The protection of privacy is often crucial to free speech,” the Knight First Amendment Institute at Columbia University writes in a friend-of-the-court brief filed this week with U.S. District Court Judge Lance Walker in Bangor.

The organization is weighing in on a challenge to the law by broadband lobbying groups that contend it violates the First Amendment by restricting Internet service providers' ability to access information. The groups, including ACA Connects -- America's Communications Association, CTIA -- The Wireless Association, NCTA -- The Internet & Television Association, and USTelecom -- The Broadband Association, are asking Walker to strike down the measure.

The Knight First Amendment Institute at Columbia University is among several outside organizations that are asking Bangor to reject the broadband industry's argument.

The measure only applies to companies that offer broadband access, like Comcast and AT&T, as opposed to search engines, social networking platforms and other so-called “edge” providers.

“Customers do not exchange their data to convey a message to their ISPs, to promote public discussion, or to filter new information into the public domain,” the Knight Institute writes. “Instead, they exchange their data solely to facilitate the provision of a service, and they have no choice but to rely on the ISPs to handle their data for the purposes of that service.”

The organization contends that Internet service providers should be viewed as comparable to the U.S. Postal Service, which doesn't claim a First Amendment right to read the contents of mail it transmits.