Most Americans Support Twitter Fact-Checking, Labeling: Believe It Will Create A Domino Effect 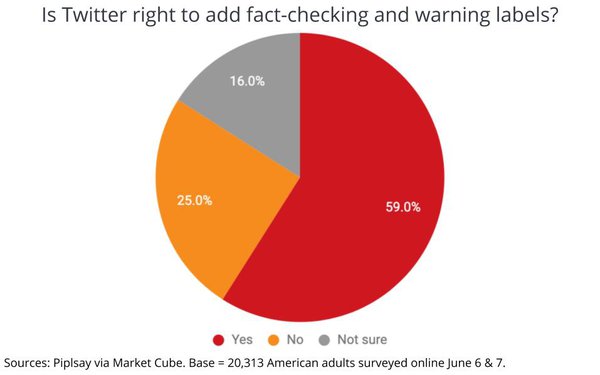 A majority of American adults feel Twitter has done the right thing by adding warning labels and fact-checking questionable tweets, according to a national survey conducted June 6 and 7 by global opinions platform Piplsay.

A third (33%) said Twitter's new policy is good as long as it applies to everyone equally, while 26% said it is good because it's time social media influencers are "made to act responsibly."

Twitter's new policies provoked the ire of the nation's Influencer-in-Chief, and the President signed an executive order calling for federal oversight and potential legislation regulating "free speech" on social media platforms such as Twitter.

Sixteen percent of the respondents said policies like Twitters could be "misused to benefit certain people/parties," while 9% said they were against social media platforms determining what others can say. 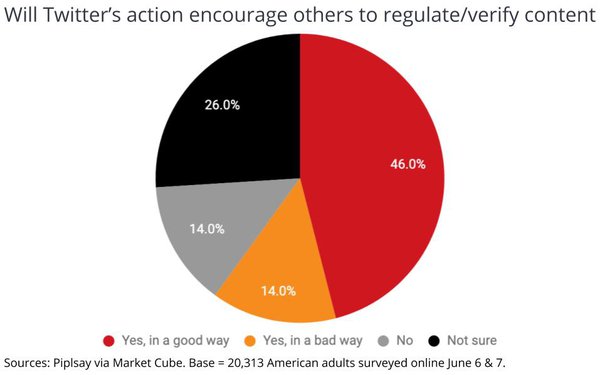