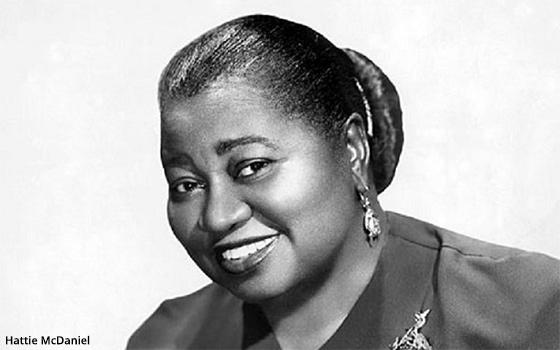 When the news broke this week that HBO Max was removing “Gone With the Wind” from its roster of movie offerings (at least temporarily, according to the reports), I searched Google to find out what Hattie McDaniel had to say about this movie for which she won an Oscar.

She won a Best Supporting Actress Oscar for the role of Mammy, an enslaved housemaid, and became the first African American to ever win an Academy Award.

Of all the things she reportedly would say when asked about her role in that movie and all the other movies in which she played a maid (estimated at around 74 times), a variation on this quote comes up most often: “I’d rather play a maid than be one.”

Interpretations vary concerning this quotation and more generally, the way McDaniel went about the task of pursuing her acting career in the Hollywood of the 1930s and 1940s.

If a consensus can be found, it basically comes down to this: Hattie McDaniel was a great actress (or “actor,” as some people prefer today) who did the best she could with the roles she was offered -- which in those days were almost always parts in which she would play a person in domestic servitude to a white character or characters.

Sometimes she was asked how she felt when people accused her of perpetuating racial stereotypes by agreeing to play so many maids and domestics. In her answers, she tried to emphasize that she was an actor just doing her job.

“I have never apologized for the roles I play,” she wrote in a guest commentary published in The Hollywood Reporter in 1947.

“I have been told that I have kept alive the stereotype of the Negro servant in the minds of theatre-goers. I believe my critics think the public more naïve than it actually is,” she said.

Referring to another actor of her era, Arthur Treacher, who was known for playing butlers, McDaniel wrote: "Arthur Treacher is indelibly stamped as a Hollywood butler, but I am sure no one would go to his home and expect him to meet them at the door with a napkin across his arm.”

Reviving these quotations is meant to illustrate that when we decide to ban or otherwise remove a work of art -- even a flawed, commercial piece of art such as “Gone With the Wind” -- it is worth weighing what we lose against what we gain in the process.

In light of the protests that erupted last week over racism and the excessive use of force by police, the powers-that-be at HBO Max decided to remove “Gone With the Wind” from their streaming menu because of the way this 1939 movie portrayed African Americans and romanticized the antebellum South in which slavery played such a conspicuous part.

Those who see this movie as wrong on the subject of race are correct, particularly by the social standards of today. Whether it was just as wrong in the era in which it was made I will leave others to debate. Certainly, standards were different then.

When we remove “Gone With the Wind” from circulation, we are doing several things. One is that we are making the point that the movie's racial characterizations that were deemed acceptable in 1939 are not acceptable to us today. Point taken.

Another one is that we are denying modern-day cinephiles (or anyone else) the singular pleasure of seeing for themselves one of the greatest of all movie performances in the history of American film -- Hattie McDaniel as Mammy.

It is true that the character represents a made-in-Hollywood stereotype. But it is also true that Mammy is one of the most unforgettable characters to ever grace the Big Screen in well over 100 years of cinema history.

Although these two truths are clearly divergent, they nevertheless live in the same movie and the same character. Life is often like that.

Moreover, the story of Hattie McDaniel and her courage throughout her life is one that deserves to be told and retold. She was a woman of her times, and a heroine for our time, or any other time.

WarnerMedia, parent company of HBO Max, owns “Gone With the Wind” because it was part of the old Turner company, which long ago bought the MGM film library.

“Gone With the Wind” is shown regularly on Turner Classic Movies. Perhaps that is where this movie can continue to be shown, appreciated, denounced or at least talked about.