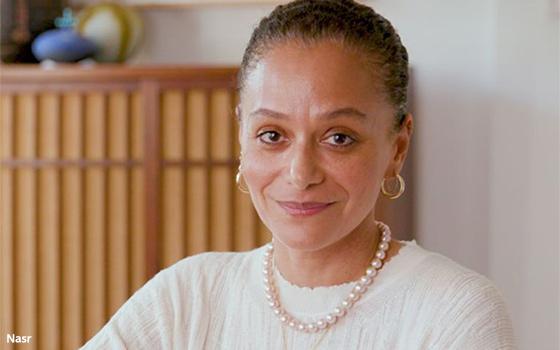 Hearst Magazines has appointed Samira Nasr as editor-in-chief of the U.S. edition of Harper’s Bazaar. She is the first person of color to hold the title in the fashion magazine’s 153-year history.

Nasr was most recently executive fashion director at Vanity Fair, where she managed and directed the magazine's fashion department and all fashion content, including styling covers.

As editor of Harper’s Bazaar, she will oversee content strategy and development across the brand’s print and digital platforms.

This appointment comes as rival magazine publisher Condé Nast grapples with former and current staff claiming they were discriminated against, due to their race.

Condé Nast isn’t the only publisher to be dealing with internal complaints.

“As the proud daughter of a Lebanese father and Trinidadian mother, my worldview is expansive and is anchored in the belief that representation matters,” Nasr says in a video shared on Hearst’s social-media channels.

In the video, Nasr suggests expanding the coverage of the fashion magazine: “I believe that Harper's Bazaar can deliver the best in fashion, all while being a place where community can come together to celebrate art, music, pop culture and also learn about the important issues that we as women are facing today, such as the fight for human rights, our reproductive rights and the hurdles we face as we fight for equity in the workplace.”

She also gave her support to the "Black Lives Matter" movement.

This role marks a homecoming to Hearst Magazines for Nasr, who was fashion director at Elle for five years. Prior to that, she was style director for InStyle.

In a statement, Nasr added: “It is a tremendous privilege to be entrusted with moving this legacy brand into a new era — one that is colorful, inclusive and celebrates the beauty of fashion on every platform.”

Nasr succeeds Dame Glenda Bailey, who served as top editor after nearly 19 years in the role. She stepped down in March to become a global consultant at Harper’s Bazaar.