AMC Says The Shows Will Go On, With Most Theaters Opening In July 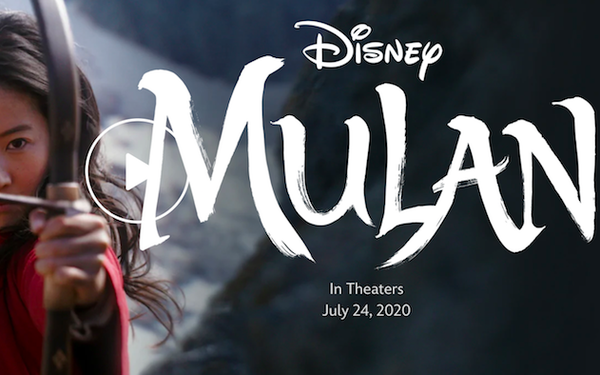 AMC believes potential blockbusters like “Mulan” will revive its business.

AMC Theatres, which yesterday posted a $2.2 billion net loss for its first quarter, says it will be reopening “almost all” of its theaters in July. The billion-dollar question is, as a NBC News headline puts it: “Will people ever go to the movies again?”

“AMC saw ‘virtually no revenue’ in the two weeks of the quarter ended March 30 when theaters closed -- a 14-day period that devastated the company’s results. In the year-earlier period, the company lost $130.2 million. Revenue was $941.5 million for the period, down from $1.2 billion last year,” Erich Schwartzel reports  for The Wall Street Journal.

“To survive, AMC needs to get all its theaters open and selling tickets again -- a move AMC chief executive Adam Aron said Tuesday he expects to happen by July,” Schwartzel continues.

“We believe there will be a significant pent-up demand to get back into the world,” Aron said.

“His optimism, however, is tempered by a recent 8-K filing that warned of ‘substantial doubt’ for continued operation should AMC theaters not successfully reopen within the company’s expected timeframe,” Jon Porter writes  for The Verge.

“Recent surveys have cast doubt on how much of this ‘pent-up demand’ there actually is. A survey of 2,200 U.S. adults from Morning Consult, a data intelligence firm, reports that as of the beginning of June, just 22% of people said they’d be comfortable going to the movies. 33% said it would be six months or more before they’d feel comfortable going to the cinema, while just 14% said they’d be happy to make a visit next month,” Porter adds.

“In his remarks with analysts and investors, Aron noted that the theater business had been hit by a tsunami of public health and economic catastrophes,” write  Brent Lang and Gene Maddaus for Variety.

“‘Whoa Nelly, has there been a lot of change,’ said Aron. ‘Cataclysmic change.’”

“Aron said that AMC expects that the business will gradually return this summer when blockbusters such as ‘Tenet’ and ‘Mulan' come out on July 17 and July 24. There has been some question about whether or not those movies will move forward if major markets such as New York City remain closed, but Aron suggested that the films were on track to make their release dates,” Lang and Maddaus add.

“Theater executives say they are confident that aggressive safety measures will offset any fears. Some states are requiring cinemas to limit capacity to 25%, at least initially. Groups will be seated at least six feet apart in a ‘checkerboard’ style. Some cinemas may designate arrival times for ticket buyers to reduce last-minute crowding at concession counters. More theaters will allow patrons to order concessions with their phones. Seats will be sanitized before each showtime; California officials asked theater owners to consider using disposable seat covers,” Brooks Barnes writes  for The New York Times.

“Theater employees will be required to wear masks. Moviegoers may only be encouraged to wear them. AMC said it was looking into high-tech vacuums, ‘electrostatic sprayers’ and upgraded ventilation systems. Clorox may serve as a cleanliness adviser,” Barnes adds.

“AMC said it has taken numerous steps to offset the blow from the closures including furloughs, suspending contractors, eliminating unnecessary expenses and negotiating financial arrangements with landlords and studios. The company also has suspended the company's stock repurchase program,” Josh Rivera writes  for USA Today.

“The latest financial results came as the exhibition giant, which is owned by China’s Dalian Wanda Group, faces Wall Street speculation it may not survive the COVID-19 crisis and may need to declare a Chapter 11 bankruptcy filing or restructure its high debt load to stay in business,” Etan Vlessing writes  for The Hollywood Reporter.

“‘AMC remains the highest risk in the exhibition space given its high debt and low available liquidity, resulting in a higher probability that the company will need to restructure,’ Wedbush analyst Michael Pachter said in a June 8 investors note,” Vlessing points out.

But they’re obviously not the only ones watching the disaster unfold.

“The coronavirus outbreak has ravaged the movie theater business. Movie theaters large and small were closed because of the outbreak and some of the year's biggest films -- ‘Mulan,’ ‘Wonder Woman 1984' and ‘F9’ -- were delayed,” Frank Pallotta wrote  for CNN Business last week.

“Movie theaters like AMC also faced another existential threat because audiences can watch movies at home. This was the case with Universal's ‘Trolls World Tour,’ which bypassed theaters for a digital release. Universal's decision to release ‘Trolls’ on demand caused a feud between the studio and AMC leading to the chain to ban Universal's films from its theaters,” Pallotta observed.

At a 48-hour rental price of $19.99, the film reportedly earned about $95 million in rental fees over its first three weeks of release in April.

covid-19, movies, theater
1 comment about "AMC Says The Shows Will Go On, With Most Theaters Opening In July".
Check to receive email when comments are posted.
Next story loading