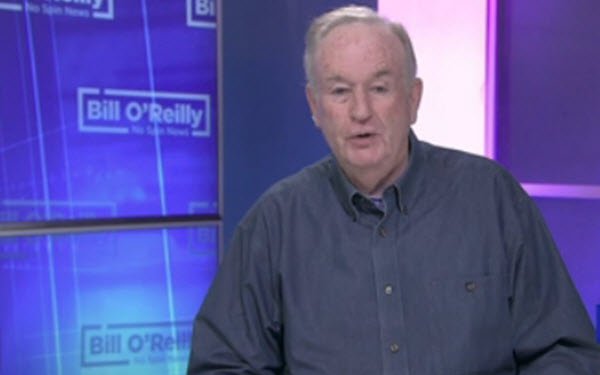 The petition states that O’Reilly has “a well-documented history of making racist comments, denying the existence of systemic racism, undermining the efforts of Black protesters and insulting Black public figures,” reported The Information.

ViacomCBS, which acquired the ad-supported streaming service PlutoTV last year for $340 million, said in a statement to the Los Angeles Timesthat it does not plan to drop The First, as part of its general stance not to interfere with programming decisions by Pluto TV. The streamer carries more than 200 channels and programming that includes some liberally-oriented shows, like "The Young Turks."

"Pluto TV, by design, is a service that makes available a wide variety of channels programmed by third parties, and we think it is critical to represent a diversity of viewpoints, even those we disagree with," the company stated, although adding that it is currently reviewing content standards for PlutoTV.

O'Reilly's "No Spin News" show debuted on The First in early June. It is also carried by The First's owned and operated channels, Sinclair Broadcast Group's streaming network STIRR and DistroTV.

The First, which reaches about 25 million households, is also available on Xumo, the PlutoTV competitor being acquired by Comcast.

O'Reilly was Fox's leading talk-show host until he was fired in 2017 after advertisers pulled out of his program, "The O'Reilly Factor," in the wake of reports that Fox News paid $13 million in settlements to women who had accused O'Reilly of sexual harassment.

Now, big brands are pulling advertising from the program that succeeded O'Reilly on Fox, "Tucker Carlson Tonight," because of Carlson's controversial statements about the protests following the killing of George Floyd by police and the Black Lives Matter movement.