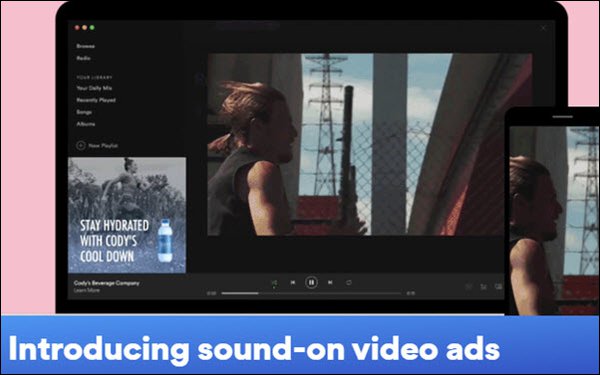 Ad Studio is also available to select advertisers in test markets in Europe, Asia and Latin America. Ad Studio is in a total of 22 markets worldwide.

Once advertisers upload a script to Ad Studio, Spotify says it will deliver a fully produced audio ad in as little as an hour, ranging up to 48 hours.

In May, 50% of Spotify’s advertisers used the tool, up 11% in March, according to the company, which says it's deriving 25% of its total ad revenue from video.

Adding video to Ad Studio lets advertisers reach Spotify users who are already engaging through the sound-on mode also reach them on screens during “focused” moments, says the company.

Spotify’s research with Nielsen Brand Effect has shown that combining audio and video ads on the platform increases ad recall and brand awareness by 1.9 times and 2.2 times, respectively, in comparison to video ads alone, Spotify reports.