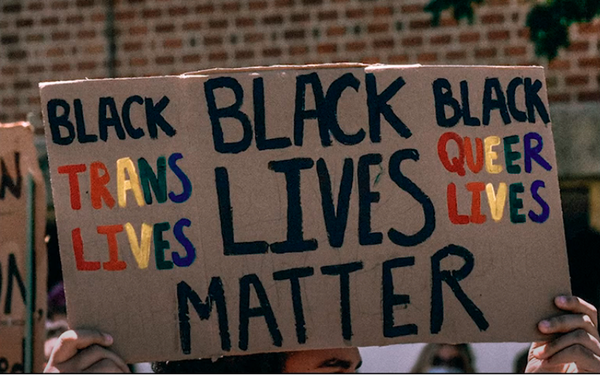 For the first time, the Ad Council’s Emmy-winning "Love Has No Labels" initiative promoting inclusion is speaking directly and specifically to the Black community.

“It isn’t until the Black community has complete freedom that we can all celebrate those freedoms, which is why this work focuses so directly on racial equality as opposed to the broader message you are used to for the campaign,” explains an Ad Council representative.

The “Fight for Freedom” PSA, created pro bono by R/GA, features a voiceover pointing out that many freedoms so many take for granted — such as watching birds in the park or wearing a hoodie — are often dangerous for Black people in this country.

The spot directs viewers to lovehasnolabels.com for educational and actionable resources, such as education opportunities, donation and participation. Campaign organizers also tapped Black photographers Adreinne Waheed, Spry Lee Scott, and Michael Mack who contributed their photos of recent protests happening across the country.

The Ad Council has received an outpouring of support from corporate participants. Brand partners, Bank of America, Google, Johnson & Johnson, State Farm and Walmart are helping the campaign by promoting content across their channels.

In addition to funding the campaign, these brand partners will continue to raise the effort’s visibility throughout the year through online and offline activations including, social messaging, custom content creation, employee engagement, and events.

“For brands, companies, and people that choose to stand behind our message, know that activating allyship is a journey,” says Brandon Heard, strategist, R/GA. “This is just the beginning of what it looks like to turn privilege into power and to employ that power in an effort to advance the culture of diversity, equity, and inclusion."

The Love Has No Labels campaign first launched nationally in 2015 with a video of skeletons dancing and embracing before coming out from behind an x-ray screen to reveal themselves as diverse couples, friends and families. This spot became the first PSA to win an Emmy for outstanding commercial and has received more than 169 million views, making it the second most viewed social activism video of all time.  In total, the campaign’s four videos have exceeded 380 million online views.