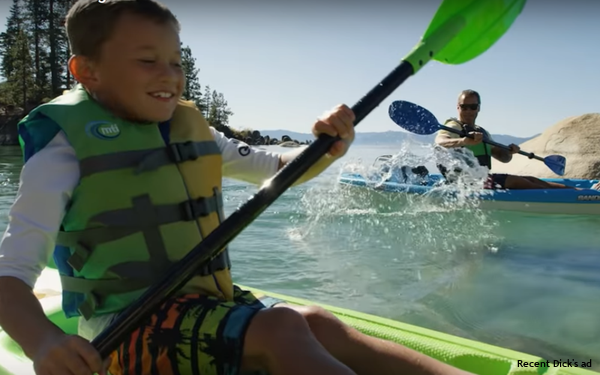 It first opened three clearance centers last year in Michigan, South Carolina and Wisconsin. But the 11 new stores -- some called Overtime by Dick’s Sporting Goods, and others Dick’ Sporting Goods Warehouse --  expand its off-price presence to nine states. Those include Connecticut, Indiana, Maryland, Missouri, Ohio and Pennsylvania. Both concepts will offer a continually updated selection of brand-name items, some at as much as 90% off.

The move comes just after the Pittsburgh-based retailer reported a $143.4 million net loss for the first quarter, as it closed its stores and moved to protect associates during the pandemic.

Ecommerce sales soared 210% during the period of store closures, and some experts say it is in a relatively strong position, compared to other retailers.

Oppenheimer & Co. lifted its rating of the company to “outperform” after the results.

“While longer-term challenges for the company persist, in the nearer term, Dick’s is well-positioned to capitalize upon a COVID-19-induced uptick in demand for key sporting goods products,” writes analyst Brian Nagel. He adds that recent financial decisions are an indication that “healthy, underlying recovery at the chain is taking hold.”

But others see the company as especially vulnerable, in a world where consumers are increasingly aware of just how many places they can buy those sneakers, yoga mats and catcher’s mitts.

“We believe no-moat Dick’s Sporting Goods is struggling to stay relevant as sporting goods are sold through an increasing number of channels,” writes David Swartz, an analyst who covers the company for Morningstar. “While Dick’s is the largest general sporting goods chain in the U.S., growth in the sector is minimal due to external competition.”

Increasingly, consumers can buy sporting goods, including many of the brand names Dick’s carries, at other retailers and e-tailers, from Amazon to Walmart. Niche companies like Lululemon and Bass Pro Shops/Cabela’s have a greater appeal for many shoppers. Under Armour is also sold at Kohl’s. And more brands, including Nike and Adidas, are selling their products directly to consumers.

“We think the COVID-19 crisis, which forced the temporary closures of Dick’s stores in 2020, could accelerate the digital and direct-to-consumer trends,” Swartz says. “Dick’s market position is strong enough to prevent vendors from offering their merchandise in alternate channels.”