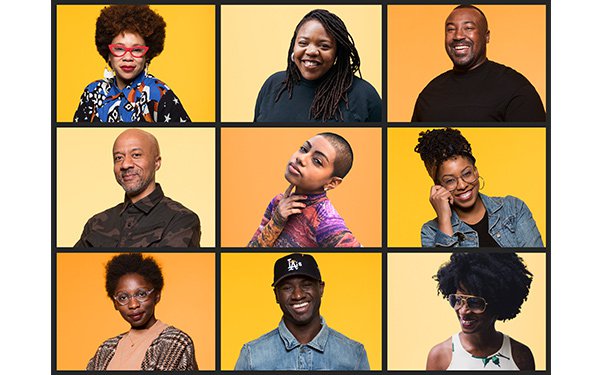 The Los Angeles-based black creative collective Three’s A Crowd is issuing a call-to-action to the advertising industry to have its leadership ranks proportionately reflect the U.S. black population as a whole by 2023.

The group believes the current ratio of 8.1% needs to rise to 13% by 2023. Further, they want published information since there is little available data on Blacks in leadership roles within advertising agencies, although IPG released data last week on the racial composition of its U.S. managers and professionals. Publicis Groupe and WPP say they are planning to issue similar data.

The organization’s initiative calls on advertising agency leaders to sign the “In for 13%” pledge to signify their commitment to the effort. Participating agencies will be asked to “show us your leadership team,” explains Reonna Johnson, cofounder of Three’s A Crowd.

The group will provide agencies with a list of clear initiatives and customized toolkits to help tackle racial bias within their agency. A progress-tracking mechanism will also be deployed.

“For true change to occur, advertising agency leadership must be the catalyst,” says Johnson. She adds, “I think as the press coverage dies down, so will the effort. Which is why Three's a Crowd, a third party group, is committed to publicly watching, tracking and updating the progress of the industry. Nothing gets done or maintained without accountability. Especially the hard stuff.”

Three’s A Crowd originally formed in 2018 as a “network for Black people and by Black people.” The catalyst was that Johnson, Justin Polk (Director / Producer) and Melissa Elston (Executive Producer) got tired of being three of the few Black people at industry events. “We realized the yearning Black creative professionals have for a safe space to talk about how they feel working in predominantly White career spaces,” says Johnson. “Members want to be unapologetically Black with fellow Black colleagues. The feeling of being alone is real. The feeling of not being seen, valued or heard is real.”

Over the past two years, the group’s membership has grown from ten more than 150.

Johnson points out the Black advertising communities are stronger and have more representation in most other major cities. She hopes to expand her group to “underrepresented” West Coast cities, like Portland, San Francisco and Seattle, in the near future. “We even have a LA-native member who was recently recruited by W +K in Portland, who still joins us via Zoom,” she adds.

The group’s monthly meetings are called “soul sessions,” where “we allow people to let their hair down, eat dinner and be vulnerable,” she says. “We cover networking opportunities and passion projects folks need support to get off the ground.”

Each event comes with a formal agenda, including a group exercise, with other topics like “How can I become my best self?’, and ‘‘What’s my emotional IQ – how can I become a better leader?”

“Creating the safe space was our biggest project,” Johnson says. “Now that we’ve formed a tight group, many folks have found career opportunities through the group… And, we’ve created some buzz in the LA advertising community, by participating on speaking panels.”